Development of cell line expression systems to produce biologic medicines is complex, multi-stage and time consuming, requiring specific expertise and access to suitable technologies. This can limit the development of novel medicines to existing users and may restrict companies developing new medicines. In this article, major methods and technologies used in cell line development (CLD) are reviewed, key limitations identified and solutions assessed. A suggested roadmap for the development and optimisation of an expression platform is ultimately presented. 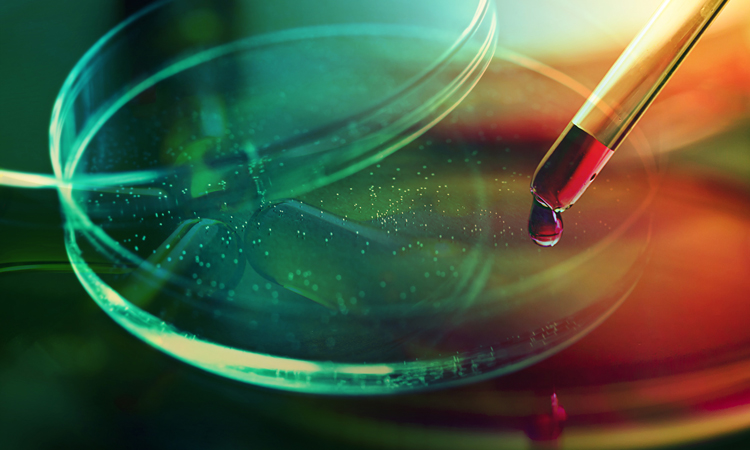 Biologics are one of the most successful classes of medicines today.1 In 2018, most of the world’s best-selling medicines were biologics (Figure 1). Most biopharmaceuticals are manufactured using genetically modified cell lines. Cells are constructed from immortal host cells transfected with a genetic construct or vector. Recombinant cells are then grown in large industrial bioreactors and proteins purified from the cell culture medium. Creation of productive cell lines relies on three pillars: the cell line, the vector and the screening process. Careful development and optimisation of each pillar is required to develop high-producing, commercial processes. A typical CLD workflow is shown in Figure 2.

Over a 30-year period the concentration of protein produced has risen more than 30-fold (Figure 3). Improvements in titre have been achieved by iterative optimisation of each pillar of the CLD process, as well as improvements in cell culture medium, feeds and the manufacturing process used. Despite these successes, the process used to produce cell lines remains poorly understood, difficult to access commercially and over reliant on extensive screening to isolate highly productive clones.

CLD requires a suitable host line, which is genetically modified by transfection with a genetic vector. Most biotherapeutic proteins are produced using Chinese hamster ovary cells (CHOs).2 CHOs are an ideal host for recombinant protein production as they generate proteins that are biocompatible with humans, are amenable to serum/suspension adaptation and can be used with several selection systems. CHOs were first isolated in 19583 with the subclone CHO-K1 distributed and lodged in culture collections by the late 1960s (CHO-K1 -ATCC® CCL-61TM). A distinct lineage, CHO-S, generated 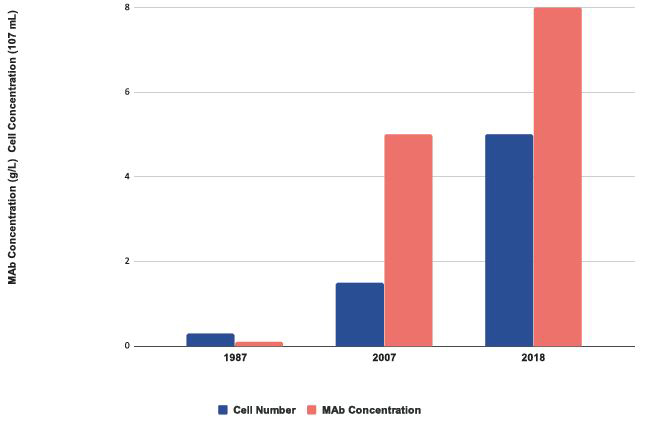 Figure 3: Improvements in growth and protein expression of CHO cells

simultaneously with CHO-K1 was received at Gibco (now Thermo) during the 1980s.4 Many CHO subtypes have been generated. CHO-DXB11, lacking one allele for dihydrofolate reductase (DHFR), was generated in 1980.5 CHO-DXB11 allows selection of transfected clones using methotrexate (MTX), an inhibitor of DHFR.6 A CHO line deficient in both alleles of DHFR, CHO-DG44, was isolated in 1983.7 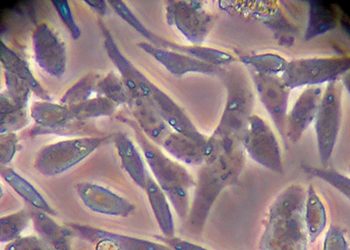 Figure 4: Phenotypes of CHO in static and suspension culture 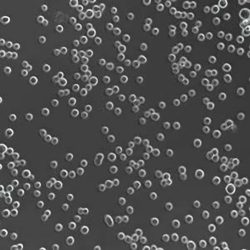 CHO-DG44 with DHFR/MTX selection was used for production of the first therapeutic protein, Activase, and remains the leading expression system for producing monoclonal antibodies (mAbs). CHOs are anchorage dependent, exhibiting a fibroblast-like phenotype in culture and requiring adaptation to suspension growth for large-scale commercial bioreactor culture (Figure 4) and requiring foetal bovine serum (FBS), an excellent physiological fluid routinely used to culture animal cells in vitro, was used to isolate early CHO lineages. Due to concerns of introducing infectious agents into the cell line, the use of serum is no longer acceptable for producing therapeutics.

Commercial CHO expression systems require serum and suspension adaptation (SSA) of the host. Many SSA CHO-K1 and DG44 have been generated: CHO-K1 SV by Lonza for use with the glutamine synthase (GS) expression system, CAT-S by AZ8 and ApolloX CHO-DG44 developed by Fuji. More recently, gene editing has been used to generate SSA CHO-K1 cells with single gene deletions. Horizon produced a GS- CHO-K1 knockout with Merck, creating CHO-K1 DHFR- and GS-. These lines are designed for common selection systems, namely GS and DHFR. SSA CHOs are often subject to commercial restrictions. A summary of common CHO lineages is shown in Figure 5. 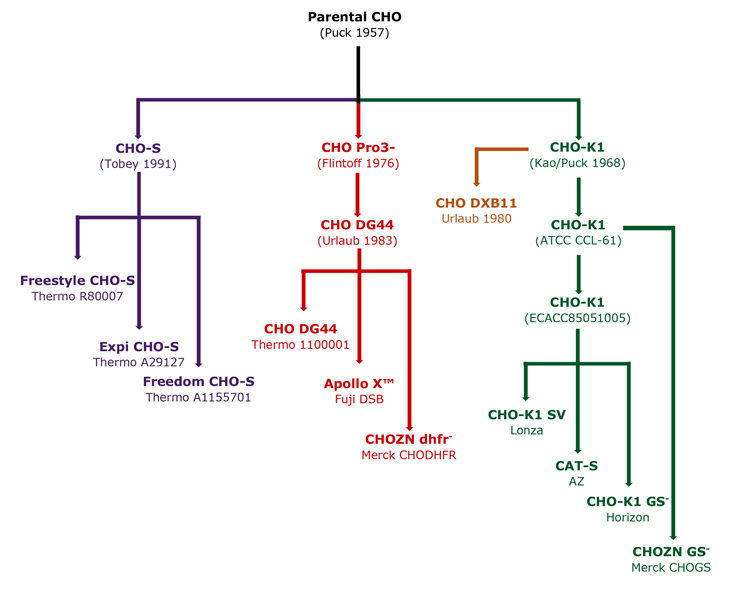 CHOs are known to undergo genetic and phenotypic changes over time in culture.9,10 Adaptation of CHOs to serum and suspension growth results in major changes to cell growth and physiology.11 Therefore, each SSA-adapted CHO will have a unique and distinct physiology.

The ‘plasticity’ of the CHO genome can be exploited by directed evolution. As CLD steps can be physiologically challenging to cell lines, pre-adaptation may improve performance during cell line construction. By exposing CHOs to process workflows, such as cloning or nutrient limitation, cells will gradually adapt, potentially improving processability. Directed evolution can yield improvements in cell growth rates, capacity for protein synthesis/secretion and process ‘fit’.12 Apollox (described above) was isolated using this method.

Finally, it is also a regulatory requirement that the “origin, source and history of cells” is documented, detailing all steps in the generation of the parental cell line from the progenitor – normally an ampoule from the deposited culture collection.

The second element for construction of recombinant CHOs is a vector. Vectors are complex, multi-component DNA strands that facilitate expression of foreign protein within the cell and allow for selection of positively transfected cell lines.

A vector contains the gene of interest (GOI), a promoter allowing transcription of the GOI, a selective marker to select expressing cells and other genetic elements (signal peptides, un-transcribed regions [UTR] and poly A sequences) required by cells to transcribe, translate and export the GOI (Figure 6). 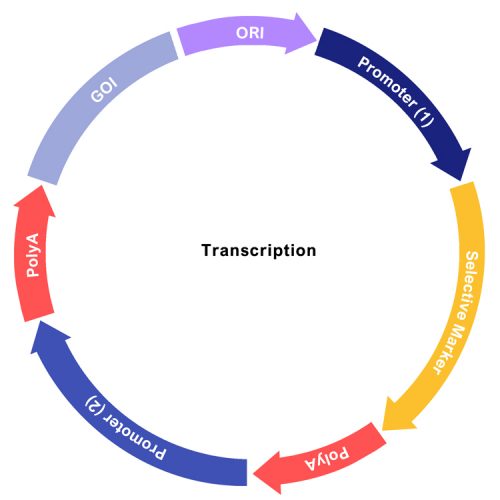 Vector elements were first derived from natural sources such as viruses. Native genetic elements can be sub-optimal for expression and prone to undesired events such as gene silencing and deletion. In order to alleviate detrimental events, improved or modified promoters have been developed. ProbiogenTM has developed promoter variants, used in the Freedom CHO-S CLD system (ThermoTM A1369601). Optimisation of signal peptides can also improve mAb secretion.13 An exciting development is the design of synthetic genetic elements specific to the host that can be more effective in interacting with CHO transcription factor receptor elements (TRFE). SynpromicsTM was the first company to develop and market synthetic promoters. While early results are promising, outcomes can be unpredictable.14 Heterogeneity of CHO cells following SSA can require bespoke development for each host. Evidence for improved expression in industrial processes remains limited.

It is a regulatory requirement that cells producing therapeutic proteins are derived from a single clone (ICH Q5D). Monoclonality is routinely determined statistically following limiting dilution cloning in multi-well plates (LDC).15 Deposition of less than one cell per well allows statistical assessment of monoclonality. Realistically, achieving an acceptable probability of monoclonality requires two consecutive rounds of cloning. The cloning and expansion of cell lines in multi-well plates is extremely labour intensive and time consuming. Therefore, several procedures have been implemented to eliminate one round of cloning, automate transfer and screening, or reduce the number of clones handled and screened. Initially, methods using either LDC or capillary-aided single cell deposition, with manual or automated plate imaging, enabled elimination of one round of LDC.16 Automated plate handling, cloning and imaging systems are now extensively used with instruments, providing visual demonstration of monoclonality (SolentimTM). In a further advance, automated combination of cell deposition with integrated imaging is performed using instruments such as the ClonePixTM, CytoMineTM or Berkeley LightsTM. These instruments can also accelerate CLD. By eliminating one round of LDC, use of the CytoMineTM can reduce the time to produce a cell line by more than two months.

Following LDC, multiple rounds of screening are performed to exclude poorly expressing lines and identify the highest producers. Since the cost of a therapeutic protein will depend in part on the cell line productivity, it is vital to identify the highest producer possible. Surrogate screening methods, such as multi-well plates and shake flasks, are used; however, these are rarely predictive of the bioreactor systems used for manufacturing.17 In order to better characterise and rank clones faster while reducing labour, several novel instruments have been developed. Both the CytoMineTM and Berkeley LightsTM instruments allow pre-enrichment of the transfected selected cell population, meaning fewer clones need to be handled and screened. Augmenting deposition and imaging with early measures of expression can also greatly reduce the number of clones handled and screened. Incorporation of representative scale-down bioreactors (eg, ambrTM) further improves clone screening, allowing selection of process-ready, highly productive cell lines. Implementing automated single cell deposition, imaging, population enrichment and miniaturised bioreactors can result in labour savings of over 50 percent, reduction in timelines by up to three months and may lead to higher producing clones.

Although the development pathway for mAbs is well defined, access to technology can be a limiting factor for new market entrants. Much of the technology, such as SSA-adapted cell lines, optimised vector elements and improved workflows are proprietary or subject to commercial restrictions. Attempts to provide high-quality kits for CLD, such as Freedom CHO-S marketed by Thermo, have only been partly successful due to the poor expression levels obtained. Restrictions on access to technology for development can provide a roadblock for the development of new medicines. Ultimately, in the author’s opinion, open source, technically advanced cell line systems are needed if continued growth in the industry is to continue.

Dr Jonathan H Dempsey is the Managing Director of Dempsey Consulting and a founding Partner of Pathway Biopharma Consulting. Jon has a degree in biotechnology and a PhD from the University of Edinburgh. With almost 30 years’ experience in the development and manufacture of biologics, with companies such as Lonza Biologics, Cambridge Antibody Technology and Invitrogen, Jon has deep knowledge in cell line development and in innovative technologies impacting this field. 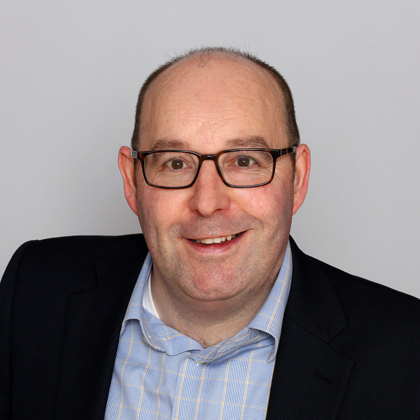