[WEBINAR] In vitro approach to evaluate transporter-mediated drug interactions
[PODCAST] Uses of CRISPR
Download your complimentary copy of our latest digital journal
Free membership: sign up today to access all of our exclusive content
Hear from industry leaders in our upcoming webinars – reserve your place today!
article

Despite the rapid deployment of vaccines among global populations, therapeutics such as antibodies are still required. Here, Dr Steve Carroll, Vice President of Pre-clinical Sciences at IGM Biosciences, explains how a potential Immunoglobulin M (IgM) antibody treatment has been developed that shows promise for combatting SARS-CoV-2 and variants of concern in pre‑clinical studies when delivered intranasally. 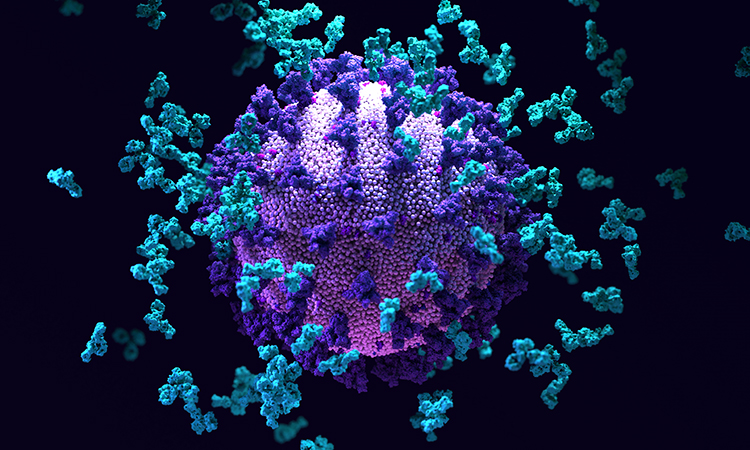 Antibodies as a strategy to combat SARS-CoV-2

Significant progress has been made on generating and deploying vaccines against SARS‑CoV-2 that appear to be highly effective. While this is fantastic news, there are several factors that mean effective treatments are still necessary. Firstly, a significant proportion of individuals cannot or choose not to be vaccinated and not everyone responds strongly to vaccines. There also remain large paediatric populations in the US and around the world that are not yet vaccinated and strong protective immunity against SARS-CoV-2 is likely to wane over time.

Consequently, there is a need for COVID-19 treatments that can address these populations, as well as those at high risk of infection. Similarly, in patients who do get infected, easy access to therapeutics that can prevent progression to severe disease is a critical component for effectively tackling the pandemic.

IgM antibodies form part of the body’s first line of defence against infection and they play key roles in the sinus and lung.

Based on our prior results demonstrating that IgM antibodies can be far more effective at neutralising viruses such as HBV and HIV, we felt it was important to explore that same approach for SARS-CoV-2. Our process is to take the variable regions that define target specificity from a potent, well-behaved Immunoglobulin G (IgG) and graft the heavy chain variable region onto an IgM-heavy chain. When these are expressed with the light chain and a J chain (unique to IgM and Immunoglobulin A antibodies), we generate an engineered IgM with high specificity, high affinity and high avidity – each IgM antibody has 10 binding sites, versus two in an IgG antibody. We have now found in multiple cancer indications, as well as in multiple infectious disease indications, that the high affinity and avidity of an IgM antibody can translate into a more potent and effective therapeutic. We have also successfully introduced important modifications into the J chain and other parts of the antibody, to enhance or modify what the IgM can do.

During a typical infection, SARS-CoV-2 enters the sinus and upper respiratory tract, where it replicates to high numbers before progressing to the lungs and gut. Importantly, the most common sites of initial replication appear to be the sinus, nasopharynx and oral cavity. For these reasons, intranasal and intraoral delivery were chosen as the best approaches for treating mild to moderate COVID-19 in an effort to neutralise SARS‑CoV-2 and prevent the disease from progressing; this approach also appears promising for prophylactic use as well.

Our studies using intranasal delivery in mice indicated that therapeutic (post-infection) and prevention (pre-infection) administration of IGM‑6268 (IgM-14 in the Nature publication1), even at very low doses, are effective. For this type of delivery in patients, we are using an atomiser, a device that generates a fine mist of the antibody that gets uniformly distributed throughout the sinus and nasopharynx. Similarly, we have also coupled intranasal delivery with atomised delivery to the oral cavity, as a means of addressing this important site of SARS-CoV-2 replication. In this regard, it is important to note that for patients testing positive for COVID-19, the vast majority do not have easy access to centres where they can be treated with intravenous, subcutaneous or intramuscular IgGs. Moreover, very large amounts of IgG antibodies must be administered.

By providing a highly potent IgM antibody in an easy and convenient nasal spray, we anticipate being able to treat more COVID-19 patients more easily and with significantly less dosage.

The most significant findings were the degree of potency of the IgM antibodies and that IGM‑6268 was able to neutralise all known and tested SARS-CoV-2 variants. The results indicated that this activity may well extend to newer, unknown variants as well. This is in stark contrast to IgG antibodies, many of which have shown drastic reductions in potency against emerging variants of concern.

In some cases, potency of the IgM improved relative to the IgG more than 200-fold against the wild type virus and more than several thousand-fold against some of the IgG escape mutants. This high affinity, high avidity binding to the RBD likely results from the multivalency of the IgM antibodies. Fourthly, our evaluations led us to select IGM-6268 for further evaluation in animals, where we used intranasal administration and demonstrated potent prevention and treatment of SARS-CoV-2 infection. Lastly, our in vitro studies established that IGM‑6268 retained potent neutralising activity against a wide range of escape mutants identified for three of the Emergency Use Authorisation (EUA)-approved IgG antibodies, as well as against critical SARS-CoV-2 variants of concern.

The importance of variants of concern and interest

Viruses such as SARS-CoV-2 are constantly changing their genetic code through mutation and adaptation and new variants are expected to occur. Typically, most of these mutations are not beneficial for the virus and are subsequently lost. However, in other cases, these mutations provide a form of survival advantage for the virus, such as being more transmissible or less susceptible to neutralising antibodies generated in patients or administered therapeutically. Multiple variants of SARS-CoV-2 have now been identified in the US and around the world, with each of these variants posing a threat to containing the pandemic. For these reasons, it is critical that new potential treatments be tested against multiple SARS‑CoV-2 variants, in an effort to better understand the potential utility of these treatments. For IGM-6268, we tested its ability to neutralise not only the original WA1 virus, but also some of the emerging variants of concern such as the alpha (first identified in the UK), beta (first identified in South Africa) and gamma (first identified in Brazil) variants. Not only was IGM-6268 able to potently neutralise these variants in vitro, but it was also effective at reducing viral loads in mice infected with these variants in vivo. As part of our programme, we are continuing to evaluate new variants of concern and variants of interest as they are identified, but what we are finding suggests that the IGM-6268 IgM antibody functions much like a cocktail of IgGs – it has very broad activity against a wide range of SARS-CoV-2 mutants and variants.

The most significant challenges we faced in working to develop IGM-6268 were three-fold:

There are only limited numbers of BLS-3 labs around the US and gaining access during the pandemic has been challenging. One such lab is at UTMB in Galveston, where much of our work was conducted. Moreover, the last point regarding manufacturing materials is quite critical, as the COVID-19 pandemic has resulted in significant shortages of essential raw materials that are used not only in the manufacture of vaccines, but also for most biologics as well. We, like others, are currently working with multiple government agencies to identify approaches where these essential materials (chromatography resins, filters, media, etc) can again become more readily available. In terms of being able to generate, manufacture and characterise human IgM antibodies, many of these challenges were identified and overcome by IGM Biosciences over the last 10 years while working to develop our engineered IgM platform.

The next key step in the development of IGM-6268 is to global clinical trials. We have made significant progress in this area and anticipate initiating clinical studies later this year. We are also working to test the potency of IGM-6268 against emerging SARS-CoV-2 variants (such as delta, first identified in India) and to obtain the raw materials needed to expand our production efforts.

This project has been a particularly rewarding collaboration between IGM Biosciences and two academic groups at the University of Texas, led by Professors Zhiqiang An and Pei-Yong Shi, where the antibody binding domains used to form our engineered IgM antibodies were originally generated and characterised and where all the live virus work was conducted. We are indebted to these teams for their past and ongoing efforts to help fight the COVID-19 pandemic.

Dr Steve Carroll has served as Vice President of Pre-clinical Sciences at IGM Biosciences since 2015, having served as a consultant since 2013. Previously, he spent 17 years in various scientific and leadership positions at Xoma, a biotechnology company, including Vice President of Pre-clinical Research and Vice President of Scientific and Product Development. He has also been an independent consultant focused on the pre-clinical development of antibodies and other biologics in areas related to cancer and infectious diseases. He received a bachelor’s in Biology from the University of California, San Diego and a PhD in Microbiology from the University of California, Los Angeles. Steve also completed a post doctorate in Microbiology at the University of California, Los Angeles and was an Assistant Professor in the Department of Microbiology and Molecular Genetics at Harvard Medical School. 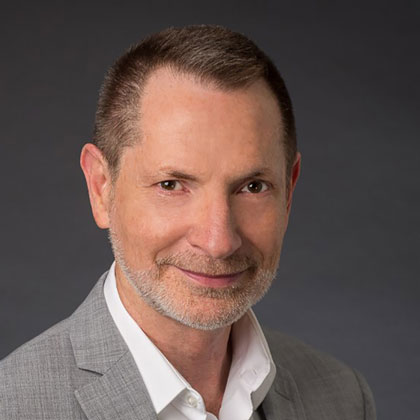