The capability to edit genes has been transformative in opening therapeutic avenues for hitherto untreatable diseases and aiding biological insight. Scientists have now discovered a way to enhance this process using retrons, making the process more efficient and effective. 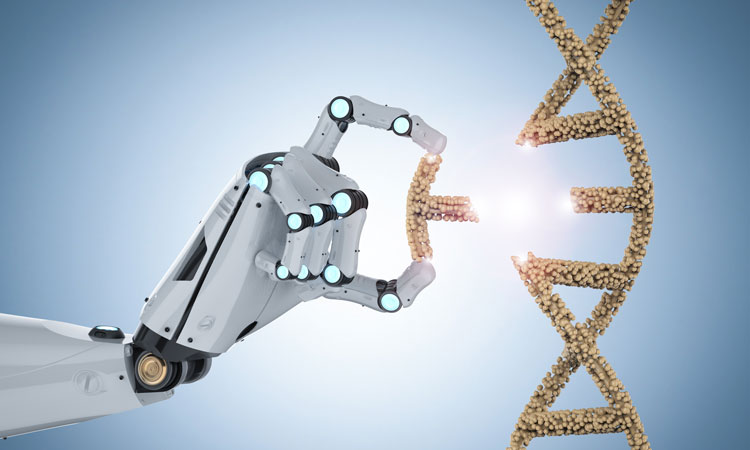 The key gene-editing technology, CRISPR-Cas9, was discovered in 2012, facilitating the alteration of DNA sequences in live cells. The process involves removing a section of DNA from a cell’s genome, then introducing new genetic material to the cell, called ‘template DNA’, to replace it. As the cell repairs the cut sections, the template DNA becomes integrated in the genetic sequence.

The DNA cutting mechanism (Cas9 protein) and the template DNA are produced externally and introduced separately to the cells. However, it is not possible to ensure that both elements penetrate every cell, which limits the efficiency of the process.

In this new development, scientists at Gladstone Institutes in the US have used retrons to fine tune this gene-editing process and make it more effective.

According to Gladstone Assistant Investigator Seth Shipman, PhD, senior author of the new study, “we can make precise modifications to genes more easily, quickly, and efficiently than with current approaches.”

Retrons are a group of molecules that can be optimised and used to edit genes in numerous different cell types. They act as DNA factories, producing copies of template DNA from inside the cells. Importantly, they can be delivered simultaneously to cells alongside the other CRISPR components, enhancing both speed, ease and efficacy.

“This means we only have to introduce one element to each cell,” says Santiago Lopez, a graduate student in the Shipman Lab and first author of the new paper. “That significantly simplifies the process and opens the door for new types of experiments.”

Molecules that enable scientists to track the edits that have been made form part of the delivery components, strengthening insight into the gene-editing process.

The new retron variant developed in the study showed an eight-10-fold increase in the amount of DNA template produced in E. coli cells, and similar success in human cells.

“Our study demonstrates for the first time that the more template DNA we can produce, the better the genome editing,” says Shipman. “Better and more precise editing ultimately means more effective and safer genomic medicines and more advanced fundamental research.”

This study was reported in the journal Nature Chemical Biology.