Scientists have created what they believe is the first rat model of Down’s syndrome. The animal model shares features with human Down’s syndrome, which will allow for efficient testing of new therapies. 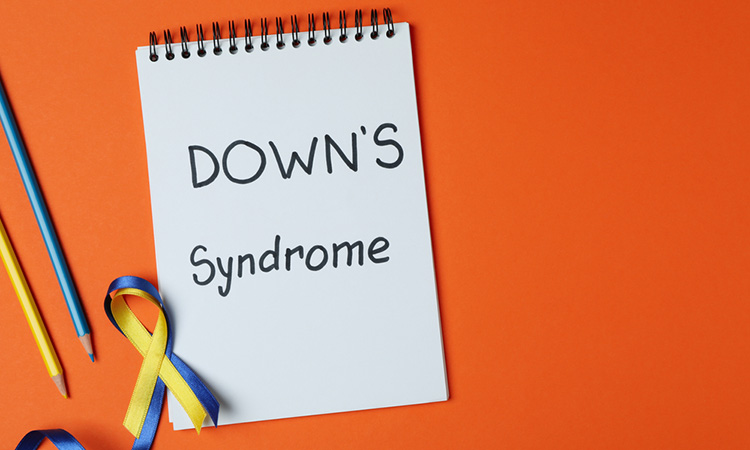 Researchers at John Hopkins Medicine, US and Tottori University, Japan have created a genetic model of Down’s syndrome in rats, which will enable better testing for therapeutics and study of the impacts of the genetics associated with the condition. The breakthrough, which was recently reported in The American Journal of Human Genetics, is believed to be the first rat model of Down’s syndrome. 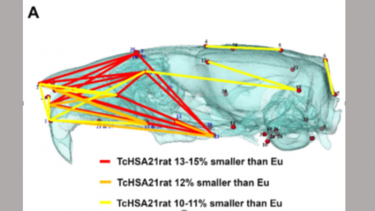 The facial differences in rats with an extra 21st chromosome mapped on the skull by a computer programme.
[Credit: Roger Reeves and Johns Hopkins Medicine].

The distinct facial differences in people with Down’s syndrome, such as flatter faces, almond-shaped eyes and smaller heads, were also present in the rats. The skulls were scanned in a computerised tomography (CT) machine and the data added to a computer modelling programme, which revealed that the rats had shortened snouts. The bones making up these features in the rat skull correspond to those in human skulls that make up the characteristic facial “flattening” in people with Down’s syndrome.

“If we eventually translate that into medicines for humans, we may be able to help people with Down’s syndrome improve their learning and memory skills,” concluded Dr Roger Reeves, Professor of physiology at the Johns Hopkins University School of Medicine.