The novel screening technique can identify molecules that can disable dangerous proteins before they cause diseases by blocking them from interacting with a cell’s DNA. 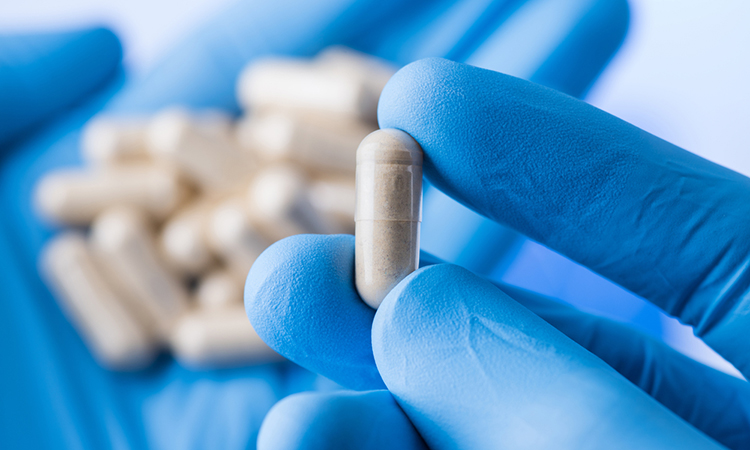 Scientists at the University of Bath and University of Kent, both UK have recently developed a new screening technique to speed up the discovery of cancer-fighting drugs. The new platform, called Transcription Block Survival (TBS), can identify molecules that can disable dangerous proteins before they cause diseases by blocking them from interacting with a cell’s DNA. The breakthrough, which was recently published in JACS Au, has wider applications in other diseases including osteoporosis, and inflammatory diseases such as rheumatoid arthritis and psoriasis.

“A big challenge is finding ways to ensure functional loss of detrimental protein activity within the demanding environment of a cell,” explained Professor Jody Mason, a principal investigator. “Using the TBS approach, at the very first pass we are able to eliminate molecules that stick to the cell target but that ultimately fail to knock out the function of the disease-causing protein. By removing molecules from the screening process that ultimately have little or no therapeutic value, we will save a lot of time and money.”

Established drug-screening techniques already allow scientists to identify cancer-beating peptides by their ability to bind AP-1. A major strength and distinguishing feature of the new drug-screening technique, however, is that it allows scientists to identify peptides that have a dual function: they can recognise/bind to AP-1 both before it has bound to DNA and when it is in a DNA-bound state, ultimately freeing AP-1 from DNA and shutting down its function altogether. 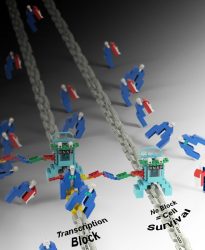 In a process known as transcription, DNA is transcribed into messenger RNA (mRNA) by the enzyme RNA polymerase (RNAP). During TBS, AP-1 molecules (blue) sit on key DNA sites (yellow), acting as roadblocks to this process resulting in cell death. The roadblock is removed (right-hand image) when peptide molecules (red and white) bind to AP-1, both knocking it off the DNA strand and sequestering it. The cell then survives
[Credit: Neil Kad, Professor of Molecular Biophysics, University of Kent].

Another distinguishing feature of TBS is that the screening technique happens within live cells and without modifying either the protein target or the peptide library with tags that may alterfunction, a common issue with other techniques. Most established screening methods involve testing peptides in vitro, meaning target binding is the only factor under consideration. This can result in false positives.

The team screened over 130,000 different peptides to identify one that is functionally active (red and white in the image above) in potently blocking AP-1 (blue) from binding to specific DNA sequences (yellow). This action effectively blocks AP-1’s ability to promote gene transcription.