Scientists have identified and synthesised a small molecule that could be a more accessible and affective alternative to an antibody that treats a wide range of cancers. 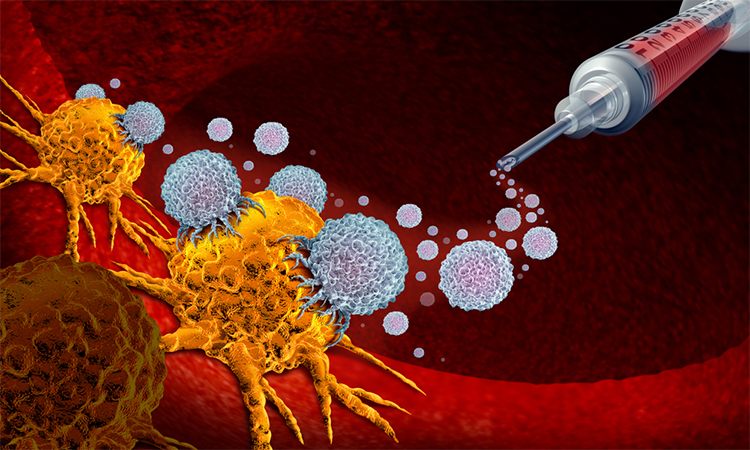 The antibodies against PD-1/PD-L1 proteins are already approved for clinical use and are considered the great promise in the fight against cancer. This immunotherapy can significantly improve patient outcome, without the severe side effects that accompany treatments such as chemotherapy. However, the antibodies are expensive to produce, therefore inaccessible. Moreover, the treatment does not affect all parts of the solid tumours because the antibodies are too large to penetrate and reach less accessible and less exposed areas of the tumour.

Researchers from Tel Aviv University, Israel and the University of Lisbon, Portugal have jointly identified and synthesised a small molecule that could be a more accessible and effective alternative to an antibody that is successfully used to treat a range of cancers. The study, which was recently published in the Journal for ImmunoTherapy of Cancer, used bioinformatic and data analysis tools to find a smaller, smarter alternative to these antibodies.

The researchers explained that by using a computer-aided drug design (CADD) models and databases, they were able to narrow down the list of thoughts of molecular structures until they found the best one. Then, they were able to confirm that the small molecule controls tumour growth as effectively as the antibodies. The researchers explained that it inhibits PD-L1 in animals engineered to have human T cells, therefore, they had developed a molecule that can inhibit PD-1/PD-L1 binding and remind the immune system that it needs to attack the cancer.

“The new molecule has some major advantages over the antibody treatment. First of all, the cost: since the antibody is a biological rather than a synthetic molecule, it requires a complex infrastructure and considerable funds to produce, costing about $200,000 per year per patient. In contrast, we have already synthesised the small molecule with simple equipment, in a short time and at a fraction of the cost. Another advantage of the small molecule is that patients will probably be able to take it at home, orally, without the need for IV administration in the hospital,” explained Professor Ronit Sachi-Fainaro.

Missed the news? Researchers have developed an mRNA-based cancer vaccine that is delivered directly into the lymphatic system for a more potent response.
READ HERE

“Our experiments show that the small molecule improves the activation of immune cells inside the solid tumour mass. The surface area of a solid tumour is heterogeneous,” concluded Satchi-Fainaro. “If there are fewer blood vessels in a particular area of the tumour, the antibody will not be able to get inside. The small molecule, on the other hand, diffuses, and is therefore not entirely dependent on the tumour’s blood vessels or on its hyperpermeability.  I believe that in the future, the small molecule will be commercially available and will make immunotherapy affordable for cancer patients.”