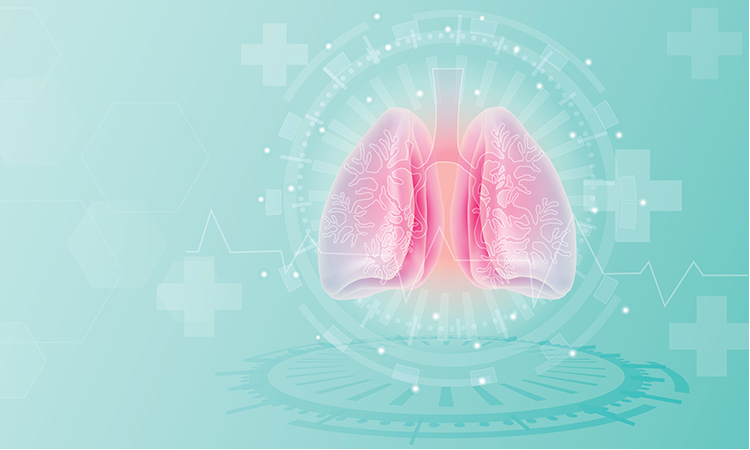 Scientists from Northwestern Medicine, US, have identified and described a new gene that is responsible for activating an aggressive subtype of small-cell lung cancer, the P subtype, for which there is no current effective treatment. The study was recently published in Science Advances.

“This type of cancer is resistant to a lot of drugs and not many studies focus on it,” said lead study author Assistant Professor Lu Wang. “By identifying this important gene, we now have a very good drug target to work with.”

Part of the problem is that small-cell lung cancer treatment has remained relatively unchanged, primarily relying on chemotherapy. Most patients will develop chemo-resistance impacting the overall efficacy of the limited available treatment options and leading to cancer reoccurrence.

The gene the scientists discovered is essential for this tumour subtype to thrive based on genome wide CRISPR screening. When the team deleted this gene in small-cell lung cancer cells in vitro and in mice, the cancer cells could not survive. Scientists plan to develop a drug to disrupt the function of the gene to treat this subtype of lung cancer in patients.

They have named the gene POU2AF2 based on the novel functions reported in their new paper.

“Our ultimate goal is to implement a more personalised approach to small-cell lung cancer clinical treatment by targeting mechanisms that contribute to tumour growth based on factors that regulate molecular subtypes,” said Wang.

Despite improved screenings and medical advances in lung cancer treatment overall, lung cancer is still mainly diagnosed at later stages when the tumour has spread to other parts of the body, making it hard to treat. This dilemma is especially the case for small-cell lung cancer, an aggressive form of lung cancer diagnosed at late stages for 70 percent of cases, Wang said.

The scientists’ findings can potentially serve as a biomarker to identify this subtype of small-cell lung cancer at earlier stages.