The NPGPx protein is active in foetuses, but largely dormant and absent in diabetic adults. 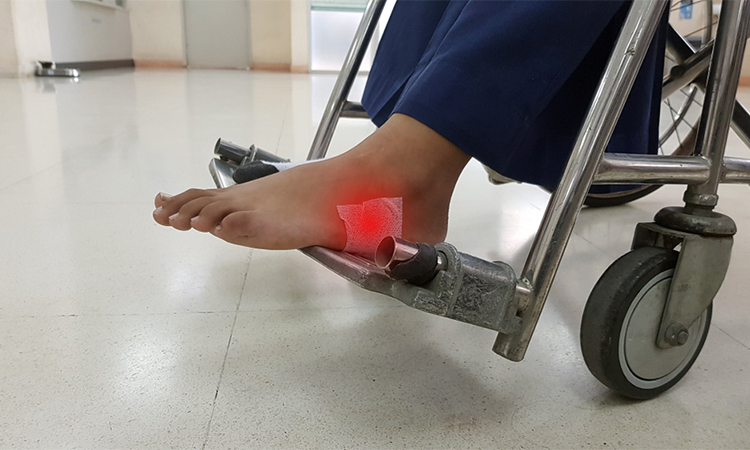 Researchers at Indiana University School of Medicine, US, are looking for ways to heal diabetic wounds by using a healing protein that is active in foetuses, but largely inactive in adults and absent in diabetic adults. In the study, published recently in Molecular Therapy, the team focused on a protein called nonselenocysteine-containing phospholipid hydroperoxide glutathione peroxidase (NPGPx). NPGPx is active in foetal tissue but becomes mostly dormant in the skin after birth.

“We already know from previous studies at other institutions that if a foetus is wounded, it can regenerate the tissue, or repair it to be like new. But after birth, such regenerative wound healing ability is lost. Healing in adults is relatively inefficient often associated with undesirable scar formation,” said study author Dr Chandan Sen.

“Nature essentially hides this foetal regenerative repair pathway in the adult body,” Sen continued. “We spotted its absence, and then activated it to improve healing of diabetic wounds.”

Researchers used tissue nanotransfection technology developed by the university to deliver the NPGPx gene to the wound site. Diabetic wounds, which are complicated skin injuries in people with diabetes, are particularly difficult to treat and often lead to amputations or other complications because of how easily they can become infected.

“This is an exciting new approach to harness foetal repair mechanisms to close diabetic wounds in adults,” Sen concluded. “The study results show that while NPGPx has been known to be abundant in the foetal skin, but not after birth, it can be reactivated in the skin after an injury. We look forward to continued study aiming to achieve a more complete regenerative repair by improving our understanding of how NPGPx functions.”