US researchers have engineered bacteriophages to deliver CRISPR-Cas payloads for targeted editing of a bacterium. 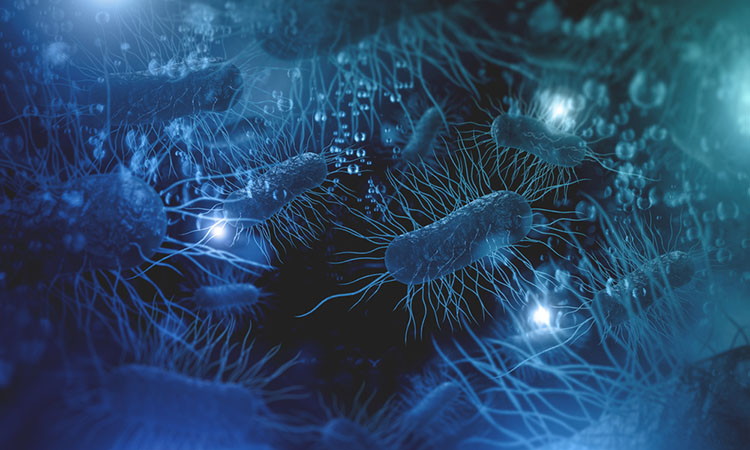 North Carolina State University (NC State) researchers, US, in a new study, show that viruses engineered with a CRISPR-Cas system can prevent bacterial defences and make selective changes to a targeted bacterium, even when other bacteria are in close proximity.

Bacteria use CRISPR-Cas systems as adaptive immune systems to withstand attacks from enemies, like viruses. These systems have been adapted by scientists to remove and replace specific genetic code sequences in a variety of organisms.

The NC State research, published in Proceedings of the National Academy of Sciences, deployed two different engineered bacteriophages to deliver CRISPR-Cas payloads for targeted editing of E. coli: first in a test tube and then within a synthetic soil environment created to mimic soil.

Both the engineered bacteriophages: T7 and lambda, successfully found and then delivered payloads to the E. coli host on the lab bench. These payloads expressed bacterial florescent genes and manipulated the bacterium’s resistance to an antibiotic. The team used lambda to deliver a cytosine base editor to the E. coli host.

Professor Todd Klaenhammer, Bioprocessing and Nutrition Sciences at NC State, added: “Viruses are very good at delivering payloads. Here, we use a bacterial virus, a bacteriophage, to deliver CRISPR to bacteria, which is ironic because bacteria normally use CRISPR to kill viruses.”

Rather than CRISPR’s sometimes harsh cleaving of DNA sequences, lambda, the base editor, changed just one letter of E. coli’s DNA, showing the sensitivity and precision of the system. The changes inactivated certain bacterial genes without making other changes to E. coli.

“We used a base editor as a kind of programmable on-off switch for genes in E. coli. Using a system like this, we can make highly precise single-letter changes to the genome without the double-strand DNA breakage commonly associated with CRISPR-Cas targeting,” said Matthew Nethery, a former NC State PhD student and lead author of the study.

Finally, the researchers demonstrated on-site editing using a fabricated ecosystem (EcoFAB) loaded with a synthetic soil medium of sand and quartz, along with liquid, to mimic a soil environment. The researchers also included three different types of bacteria to test if the phage could specifically locate E. coli within the system.

The researchers inserted lambda into the fabricated ecosystem. It showed good efficiency in finding E. coli and making the targeted genetic changes.

“This technology is going to enable our team and others to discover the genetic basis of key bacterial interactions with plants and other microbes within highly controlled laboratory environments such as EcoFABs,” said Trent Northen, a scientist at the Department of Energy’s Lawrence Berkeley National Laboratory.

“We see this as a mechanism to aid the microbiome. We can make a change to a particular bacterium and the rest of the microbiome remains unscathed,”  Rodolphe Barrangou, NC State University, concluded. “This is a proof-of-concept that could be employed in any complex microbial community, which could translate into better plant health and better gastrointestinal tract health – environments of importance to food and health. Ultimately this study represents the next chapter of CRISPR delivery – using viruses to deliver CRISPR machinery in a complex environment.”