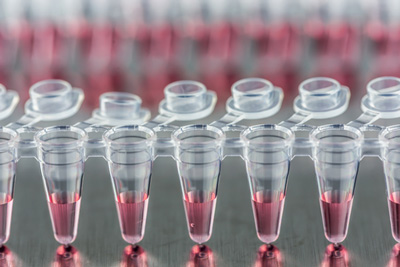 The US National Institutes of Health (NIH) has awarded $30 million in annual funding to help advance science towards a cure for HIV.

The funding is being made to six research collaborations over the next five years.

According to the World Health Organisation (WHO), HIV has claimed more than 34 million lives so far. In 2014, there were approximately 36.9 million people living with HIV with 2.0 million people becoming newly infected with the disease that year. Advances in antiretroviral therapy have transformed the lives of people with HIV infection, turning it from a life-threatening disease to a manageable, chronic condition. However, a cure remains elusive. To help drive research towards the cure, the US National Institute of Allergy and Infectious Diseases (NIAID), part of the NIH, established the Martin Delaney Collaboratory programme. The awards comprise the second iteration of the programme.

NIAID Director Anthony S. Fauci, M.D. explains more: “A simple, safe and scalable cure for HIV would accelerate progress toward ending the HIV/AIDS pandemic. Through the leadership of talented investigators with a diversity of expertise, the Martin Delaney Collaboratory programme will accelerate progress in this key research endeavour.”

Understanding HIV pathology, genetics and the immune system to find a cure

The programme encourages collaborative efforts to address the multifaceted puzzle of curing HIV. According to the NIH, a cure remains elusive in large part because HIV has the ability to establish a reservoir in the body by inserting its genetic material into that of immune cells that have a long lifespan. The virus remains in these cells in a latent state, invisible to the immune system and to anti-HIV therapies. ART only targets HIV when it is actively replicating, so the treatment can never clear the cells containing the latent, non-replicating virus from an infected individual’s blood and tissues. If an individual discontinues ART, the virus emerges from these cells and reconstitutes a widespread infection. Tackling this problem therefore requires experts with expansive knowledge of HIV pathology, genetics and the immune system.

The newly funded projects will launch novel investigations into HIV cure strategies that include immunotherapy, therapeutic vaccines and gene modification. The awardees, that include Fred Hutchinson Cancer Research Centre and the Wistar Institute, will use a variety of experimental techniques to draw HIV out of its reservoir and eliminate the virus.

The collaborative projects will involve laboratories on five continents, including Africa, the first time that continent has been part of an international HIV cure research programme.

‘BEAT-HIV: Delaney Collaboratory to Cure HIV-1 Infection by Combination Immunotherapy’ is the name of the project being lead by The Wistar Institute. Luis J. Montaner, D.V.M., D.Phil., director of the HIV-1 Immunopathogenesis Laboratory at The Wistar Institute, and James L. Riley, Ph.D., of the University of Pennsylvania, will lead this project. The BEAT-HIV Delaney project incorporates three distinct areas of study. The first area of study will identify where and how HIV hides so researchers can better assess if proposed clinical strategies can eradicate the virus.The second area focuses on stimulating the immune system through a combination immunotherapy approach using highly-potent antibodies against HIV together with pegylated interferon alpha 2b. The third area will bring together two promising gene therapy strategies with the goal of engineering, growing and administering killer cells that are uniquely empowered to find and kill HIV-infected cells.

Commenting on the project and the goal to find an HIV cure, Montaner said: “The lifelong stigma, economic burden on society, strain on healthcare resources, and sheer toll on human life across the globe makes finding a cure a top priority. Together we’re building on our teams’ extensive established efforts to move forward and make those next transformative steps that will bring us closer to an HIV cure.”