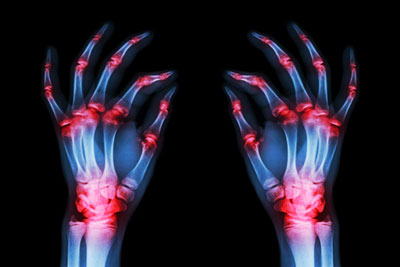 Bristol-Myers Squibb Company (NYSE:BMY) announced today its first release of new data from a Phase IIIb RA trial showing that the T-cell co-stimulation modulator, Orencia ® (abatacept), in combination with methotrexate (MTX) achieved significantly higher rates of DAS-defined (DAS28 CRP <2.6) remission at 12 months than treatment with standard of care agent MTX (60.9% vs. 45.2%, respectively), in biologic and MTX-naïve patients with early active RA. The data are being presented this week at the 2014 annual meeting of the European League Against Rheumatism (EULAR).

In this trial, known as AVERT (Assessing Very Early Rheumatoid arthritis Treatment), a co-primary endpoint assessed maintenance of remission following the withdrawal of all RA drug therapy including Orencia, MTX and steroids. A small but statistically significantly higher number of patients treated with Orencia plus MTX, versus MTX alone, for 12 months maintained remission 6 months after all RA treatment was withdrawn.

“Remission of both clinical symptoms and radiographic joint damage is an important and achievable goal in the management of rheumatoid arthritis, particularly in the early disease phase,” said Paul Emery, M.D., Arthritis Research UK Professor of Rheumatology and Head of the Academic Division of Musculoskeletal Disease, Leeds Institute of Molecular Medicine, University of Leeds, United Kingdom. “Data from the AVERT trial show that patients taking a combination of Orencia plus methotrexate achieved higher rates of remission than treating them with methotrexate alone. Interestingly, this benefit was maintained in some patients even after all RA treatment had been withdrawn.”

“These data demonstrating higher remission rates and a similar safety profile for Orencia plus methotrexate versus methotrexate alone, in conjunction with insights from the withdrawal phase of the study, support the use of Orencia as a first line biologic therapy for patients with RA,” said Michael Giordano, senior vice president, head of development, Oncology and Immunology, Bristol-Myers Squibb.

Data from the AVERT Trial

AVERT is a Phase IIIb, active-controlled study including 351 adult patients with symptoms of RA for less than two years, positive for anti-CCP antibodies, DAS28 CRP >3.2 and naïve to treatment with methotrexate and biologic therapies for RA. The patients were randomly assigned to 12 months of weekly treatment in one of three groups: Orencia 125 mg subcutaneous plus MTX; Orencia 125 mg subcutaneous alone; or MTX alone. Participants who had a DAS28 CRP <3.2 (indicating low disease activity) after the 12-month treatment phase were able to continue in a withdrawal period up to 12 months, where all RA treatment including Orencia, MTX and steroids were withdrawn. The co-primary endpoints compared the proportion of patients with DAS28 CRP <2.6 (defined as disease remission in the trial) at month 12 and both months 12 and 18 for combination therapy versus MTX alone.

After 12 months, following rapid treatment withdrawal of all RA therapy including Orencia, MTX and steroids in patients achieving DAS <3.2, 79.4% of patients went back on therapy because of worsening RA symptoms. However, a small and statistically significantly higher number of patients treated with Orencia combination therapy were able to maintain drug-free remission versus MTX alone up to Month 18 (14.8% versus 7.8%, respectively), 6 months after drug withdrawal. Drug-free remission rates were 12.4% for Orencia monotherapy.

Orencia, as monotherapy or in combination with MTX, in early RA patients had a comparable safety profile to MTX. Over 12 months of treatment, 6.7%, 12.1%, and 7.8% of patients on Orencia plus MTX, Orencia alone, and MTX alone, respectively, experienced a serious adverse event and 1.7%, 4.3% and 2.6% led to discontinuation. Serious infections were observed in 0.8% of patients in the combination arm and 3.4% in the Orencia monotherapy arm. None of the patients in the MTX alone arm experienced a serious infection.