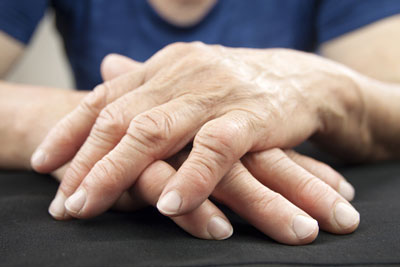 Sanofi (EURONEXT: SAN and NYSE: SNY) and Regeneron Pharmaceuticals, Inc. (NASDAQ: REGN) today presented positive results from a phase 3 trial of investigational drug sarilumab in rheumatoid arthritis (RA) patients who were inadequate responders to methotrexate (MTX) therapy. New data presented at the meeting showed that sarilumab increased major clinical response rates defined as achieving an ACR70 for at least 24 consecutive weeks and showed sustained improvement in signs and symptoms of RA after 52 weeks, which were secondary endpoints of the trial.

As previously announced, in this study, called SARIL-RA-MOBILITY, sarilumab met all three coprimary endpoints, demonstrating improvement in disease signs and symptoms at 24 weeks, physical function at 16 weeks and inhibition of joint damage progression at 52 weeks. These data will be presented today at the European League Against Rheumatism Annual Congress (EULAR 2014) Congress in Paris, France.

“Despite notable advances, many RA patients continue to struggle with debilitating signs and symptoms, underscoring a clear need for additional options,” said Dr. Mark Genovese, Professor, Stanford University Medical Center and lead investigator in the study. “Sarilumab showed efficacy in this study at two different doses, both delivered subcutaneously every other week. We look forward to the results of ongoing trials in this comprehensive registration program.”

The SARIL-RA-MOBILITY Phase 3 trial enrolled 1,197 adult patients with active, moderate-tosevere rheumatoid arthritis, who were inadequate responders to MTX therapy. Patients were randomized to one of three treatment groups dosed subcutaneously every other week, sarilumab 150 milligrams (mg), sarilumab 200 mg, or placebo, all in combination with MTX.

Both doses also demonstrated a sustained response in improvement of signs and symptoms of RA compared to placebo at 52 weeks as measured by the ACR20 response. These results were 54 percent, 59 percent, and 32 percent in the sarilumab 150 mg, sarilumab 200 mg, and placebo groups, respectively.

Among patients treated with sarilumab, a dose-dependent decrease in mean neutrophil counts was observed. Serious infections were not associated with grades 3 and 4 neutropenia in this study. Increases in mean LDL cholesterol, and transaminases were observed. These safety findings were consistent with those observed in prior investigational studies with sarilumab.

The sarilumab Phase 3 program, known as SARIL-RA, has six ongoing clinical studies and is targeted to enroll approximately 2,800 RA patients.