Professor Paul Workman sets out his vision for cancer drug discovery as he is appointed Chief Executive of The Institute of Cancer Research, London 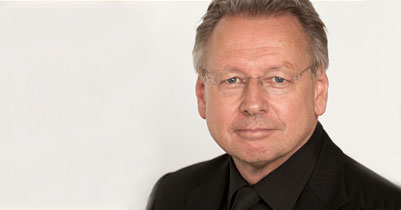 Leading cancer expert Professor Paul Workman has pledged to drive the world’s first large-scale cancer drug discovery programme specifically designed to combat cancer evolution and drug resistance – after being appointed to one of the top jobs in cancer research.

Professor Paul Workman took up the position of Chief Executive and President of The Institute of Cancer Research, London, on 17 November 2014 with immediate effect – with a commitment to launch a three-pronged attack on cancer’s ability to evolve and evade treatment.

The Institute of Cancer Research (ICR) discovers more new cancer drugs than any other academic organisation and this year established the world’s first major centre dedicated to the study of Darwinian evolution in cancer – the Centre for Evolution and Cancer.

Professor Paul Workman said he planned to embed the Centre for Evolution and Cancer – and innovative research projects in cancer biology and cancer’s survival networks – in an integrated programme of drug discovery aimed at overcoming the scourge of treatment resistance.

Cancers often respond initially to treatment only to become drug resistant – and we now know that this happens because tumours are extremely genetically diverse, and can evolve dynamically over time in a process described as ‘survival of the nastiest’.

But Professor Paul Workman has identified three priorities in drug discovery that he believes can allow researchers to outpace cancer evolution and drug resistance:

Professor Paul Workman was appointed as Chief Executive of the ICR by the organisation’s Board of Trustees after a global search that attracted top-class international candidates. He was previously the ICR’s Deputy Chief Executive and Director of the Cancer Research UK Cancer Therapeutics Unit, and had been Interim Chief Executive since July.

Professor Paul Workman is a world-leading cancer researcher who has successfully built drug discovery and development teams in the academic, pharma and biotech sectors and is a passionate advocate of personalised, precision medicine for cancer. He has worked as an academic researcher at the Universities of Cambridge and Glasgow, and Stanford University in the US, held a senior scientific leadership position at AstraZeneca, and was a scientific founder of two biotech companies – Chroma Therapeutics and Piramed Pharma.

Professor Paul Workman said: “It is an incredible honour for me to take the helm at one of the world’s most influential cancer research organisations, and I am determined to repay the faith that has been shown in me by driving further advances for cancer patients.

“We already discover more new cancer drugs than any other academic organisation, but I believe we can take that success to another level by launching a three-pronged attack on cancer evolution and drug resistance.

“We can’t expect to discover a new generation of cancer drugs that truly transform outcomes for patients unless we understand the biological reasons why some new drugs have been less effective than hoped. I believe the ICR’s world-leading research on cancer evolution and cancer’s growth and survival networks will allow us to learn the lessons of the past, target new cancer proteins, and discover new drug combinations and network-based treatments.”

Professor Workman will also be developing a vision for the whole of the ICR, building on its  world-class programmes in basic cancer research, genetics, innovative drug discovery and precision radiotherapy, and bringing in new leaders to drive forward both basic and patient-centred research.

He said: “I want to see us draw on these many strengths and our fantastic and dedicated researchers – while also bringing in new research leaders for both our basic and patient-centred cancer research – in order to discover new treatments that can overcome the major challenge of cancer evolution and drug resistance.

“I believe that through our world-class research and education we will make innovative and creative discoveries to defeat cancer. By working through collaborative team science within the ICR, and increasingly in partnership with other leading organisations, we can deliver transformative change for the benefit of cancer patients.”