Changes in RNA splicing: a new mechanism for genetic risk in schizophrenia 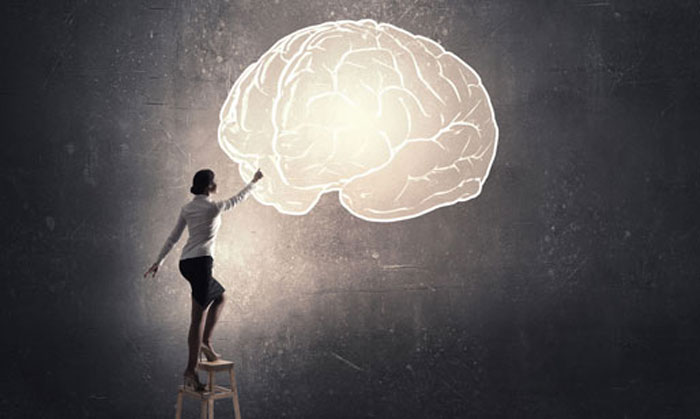 The implicated loci contribute to schizophrenia risk by affecting alternative splicing, part of the process that translates the same DNA code into multiple different proteins. This insight into the molecular etiology of schizophrenia, will allow more precise classification of culprit genes for this and other brain disorders.

Alternative splicing, a complex and prevalent mechanism in the brain and body, allows a single gene to produce a diversity of proteins, and its dysregulation has been implicated in a number of diseases.

Genetic variants called splicing quantitative trait loci or sQTLs control the alternative splicing process, but so far the action of these variants in the brain is not well-understood. Researchers at the RIKEN Brain Science Institute (BSI) and Yokohama City University in Japan made a comprehensive list of sQTLs in human brain tissue samples and determined that these variants were enriched among schizophrenia-associated genomic regions, in addition to other disease-related loci.

Lead author Atsushi Takata and colleagues started with RNA sequencing data derived from the brain tissue of more than 200 individuals who, prior to death, had no known psychiatric illness. They first identified thousands of single nucleotide polymorphisms (SNPs), common genetic variants with probable regulatory roles in messenger RNA formation and alternative splicing—in this context, these SNPs are dubbed sQTLs.

“We think these sQTLs can help us understand the genetic architecture of mental disorders such as schizophrenia,” said Tadafumi Kato, senior author and research group leader at RIKEN BSI.

Further probing the interaction of sQTLs with known genetic regulatory elements, the researchers found patterns of significant enrichment or depletion among certain sites that bind transcription factors and histone marks.

Schizophrenia-associated loci identified by previous genome-wide association studies were also found to be enriched for sQTLs, particularly non-exonic sQTLs, suggesting splicing regulation rather than DNA-to-protein coding as the contributing mechanism.

“Previous studies have demonstrated that other QTLs, such as expression (eQTLs) and methylation (mQTLs), contribute to schizophrenia risk,” said Takata, referring to gene-level regulation that often involves epigenetic changes, “but this new finding adds sQTLs to the repertoire of genetic mechanisms explaining schizophrenia risk.”

This study was based on statistical associations, so the next step will be experimental validation of the function of the identified sQTLs on alternative splicing. 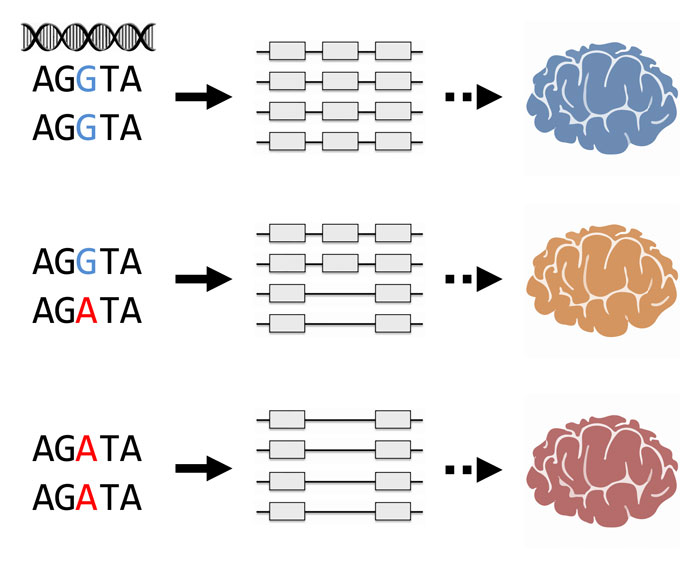 Researchers identify genetic variants controlling alternative splicing of transcribed RNA in the human brain, which may be associated with brain phenotypes such as mental disorders.

However, just by examining where the sQTLs of interest were over-represented in the genome, the researchers located four disease susceptibility genes for schizophrenia that are impacted through alternative splicing. These genes, NEK4, FXR1, SNAP91 and APOPT1, contribute to, among other things, neurotransmission, nervous system development and programmed cell death.

“The enrichment of sQTLs at schizophrenia-associated loci indicates that these variants contribute to disease risk,” summarised Kato, “but this is just one part of the genomic landscape of a complex brain disorder.”

The data-driven approach used here can identify further candidate genes and genetic variants, particularly beyond the single brain region that was the focus of the present study, as well as be harnessed to generate animal models of disease.