Scientists unveil the complex molecular structure that causes lethal infections by Mycobacterium tuberculosis (Mtb). Their findings might have implications for potential therapies against antibiotic-resistant tuberculosis. 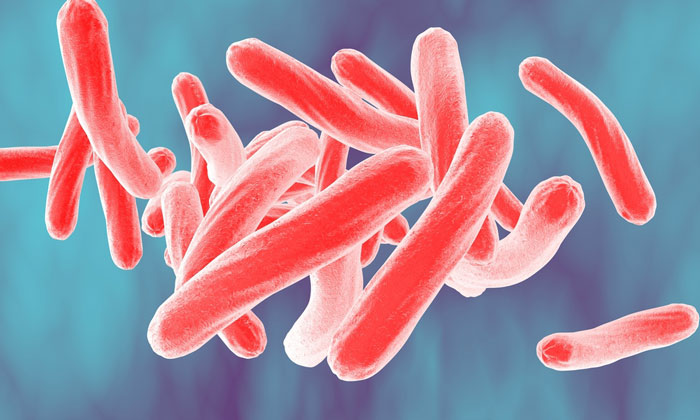 An international team of scientists across Europe, including IMP (Institute of Molecular Pathology) and IMBA (Institute of Molecular Biotechnology of the Austrian Academy of Sciences), describe the overall architecture of an assembly of proteins known as Type VII (T7SS) secretion systems found in a group of bacteria which cause diseases such as tuberculosis.

“We could identify a unique architectural principle that potentially reveals a novel molecular mechanism of T7SS, a protein complex located in the cell membrane of bacteria”,

says molecular biologist and biochemist Thomas Marlovits, who led the structural analysis by electron microscopy and who is also Professor at the Medical Center Hamburg-Eppendorf (UKE) and deputy director at the Centre for Structural Systems Biology (CSSB) in Hamburg.

“This new system will allow us to further investigate the biology of the bacterium that causes tuberculosis as Mtb relies heavily on T7SS to transport molecules across its cell membrane upon infection, disarming and damaging the host cell.”

Relying heavily on large-scale facilities for structural data but also Mtb genetics, the team had joined forces with researchers at EMBL Hamburg and at the Vrije Universiteit Amsterdam.

New drugs are urgently needed in the fight against tuberculosis as the bacteria responsible for causing the disease become increasingly resistant to current antibiotics. According to the World Health Organisation, tuberculosis resulted in 1.8 million deaths and 10.4 million new infections in 2015, making it one of the top 10 causes of death in humans worldwide. The bacterium responsible has a complex biology and a comprehensive understanding of this is crucial to inform the development of new drugs.

T7SS-systems play a key role in tuberculosis infections and might present important targets for much needed new drugs: blocking these systems could prevent the bacteria from bursting the host cells and could thus alleviate the infection.

Thomas Marlovits illustrates the unique molecular architecture of the T7SS transport system: “In total, five T7SS systems are found in mycobacteria. Known as ESX-1 to ESX-5, these systems are likely all very similar but transport specific molecules. In our study, we could show that the mycobacterial T7SS structure sits exclusively in the inner bacterial membrane.”

In addition to the core body of T7SS, some of the proteins extend down into the bacterial cell. The team collected Small Angle X-ray Scattering (SAXS) data at the EMBL SAXS beamline on the DESY campus in Hamburg to help understand what they look like and how these parts of the secretion system might move.  “We believe these arm-like proteins help to move the molecules of different shapes and sizes from the inside of the bacterial cell towards the pore of the secretion system for them to be transported out of the cell,” says first author Kate Beckham from EMBL Hamburg.

Now further biochemical and genetic experiments will be carried out to support the structural data and to provide in vivo insights into the components required for assembly of the T7 secretion system.