Scientists at The University of Missouri-Columbia are using whole genome sequencing in order to identify genetic mutations that cause rare fatal diseases in cats. 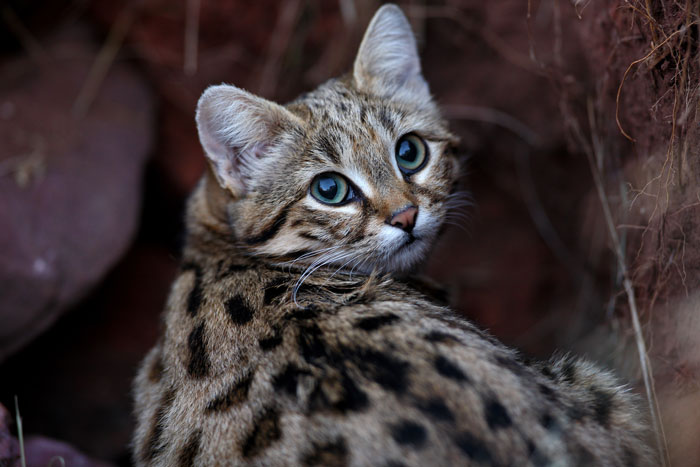 Whole genome sequencing (WGS) – the process of determining an organism’s complete DNA sequence – can be used to identify DNA anomalies that cause disease. Identifying disease-causing DNA abnormalities allows clinicians to better prescribe an effective course of treatment for the patient. A team of scientists at the University of Missouri are using whole genome sequencing through the 99 Lives Cat Genome Sequencing Consortium to identify genetic variants that cause rare diseases, such as progressive retinal atrophy and Niemann-Pick type 1, a fatal disorder in domestic cats. Findings from the study could help feline preservationists to implement breeding strategies in captivity for rare and endangered species, such as the African black-footed cat.

The 99 Lives project was established at Mizzou by Leslie Lyons, the Gilbreath-McLorn Endowed Professor of Comparative Medicine in the College of Veterinary Medicine, to improve health care for cats through research. The database has genetically sequenced more than 50 felines and includes DNA from cats both with and without known genetic health problems. The goal of the database is to identify DNA that causes genetic disorders and have a better understanding of how to treat diseases.

In the first study, Lyons and her team used the 99 Lives consortium to identify a genetic mutation that causes blindness in the African black-footed cat, an endangered species often found in U.S. zoos. The team sequenced three cats: two unaffected parents and an affected offspring, in order to determine if the mutation was inherited or spontaneous. The genetic mutation identified was located in the IQCB1 gene, which is associated with progressive retinal atrophy. The affected cat had two copies of the genetic mutation, indicating that it was an inherited disorder.

“African black-footed cats are closely related to domestic cats, so it was a good opportunity to use the 99 Lives database,” Lyons said.

“When sequencing DNA, we are looking for the high priority variants, or genetic mutations that result in disease. Variants in the IQCB1 gene are known to cause retinal degeneration in humans. We evaluated each gene of the African black-footed cat, one at a time, to look for the genetic mutation that is associated with vision loss.”

In another study, representing the first time precision medicine has been applied to feline health, Lyons and her team used whole genome sequencing and the 99 Lives consortium to identify a lysosomal disorder in a 36-week-old silver tabby kitten that was referred to the MU Veterinary Health Center. The kitten was found to have two copies of a mutation in the NPC1 gene, which causes Niemman-Pick type 1, a fatal disorder. The NCP1 gene identified is not a known variant in humans, but a rare mutation specific to the feline population.
“Genetics of the patient is a critical aspect of an individual’s health care for some diseases,” Lyons said. “Continued collaboration with geneticists and veterinarians could lead to the rapid discovery of undiagnosed genetic conditions in cats.

“The goal of genetic testing is to identify disease early, so that effective and proactive treatment can be administered to patients.”

Identification of both the IQCB1 gene in the African black-footed cat and the NCP1 in the silver tabby will help to diagnose other cats and allow them to receive appropriate treatment. Using results of the black-footed cat study, zookeepers will be implementing species survival plans to help manage the cats in captivity in North America.