A worldwide study of the DNA of 100,000 women has discovered two new genetic variants associated with an increased risk of breast cancer… 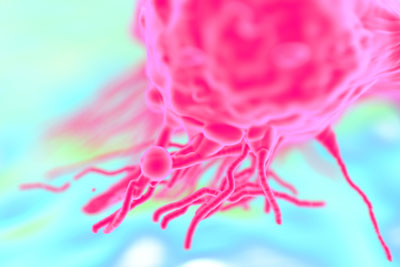 A worldwide study of the DNA of 100,000 women has discovered two new genetic variants associated with an increased risk of breast cancer.

The genetic variants are specifically linked to the most common form of breast cancer, oestrogen receptor positive, and provide important insights into how the disease develops.

Scientists believe screening women for all the genetic variants so far identified could eventually pick out those at highest risk of breast cancer and improve strategies for preventing the disease.

The study was led by scientists at The Institute of Cancer Research, London, and is published today (Thursday) in Human Molecular Genetics.

The study’s identification of two new genetic risk factors for breast cancer provides important clues about the causes of the disease – implicating a gene called KLF4, which is thought to help control the way cells grow and divide.

The research involved scientists from more than 130 institutions worldwide – also including the London School of Hygiene and Tropical Medicine, and the University of Cambridge. It was funded by a range of organisations including Cancer Research UK, Breakthrough Breast Cancer and the European Union.

Researchers were looking for one-letter differences in DNA code that were more likely to be found in women with breast cancer than those without the disease, using a state-of-the-art genetic technique called ‘fine mapping’. They focused on a recently identified hotspot for genetic causes of breast cancer on chromosome 9.

Women with the first genetic variant identified, called rs10816625, were 12 per cent more likely to develop breast cancer than women without, and those with the second variant, rs13294895, at a 9 per cent increased risk.

The genetic variants are thought to help control the activity of KLF4, despite lying a long distance away from that gene.

Both were associated with increased risk in European women but only one of them, rs10816625, in women of Asian ancestry.

“Our study zoomed in on an area of our genome that we knew was linked to breast cancer risk, and has identified two new genetic variants that add significantly to our knowledge about the genetic causes of the disease.

“The variants we identified are specifically associated with the most common, oestrogen receptor positive, form of breast cancer. The more genetic risk factors for breast cancer we discover, of which there are currently more than 80, the more accurately we will be able predict who is at risk of getting the disease. Ultimately this will be vital for designing preventative strategies against breast cancer.”

“Studies like this are only possible through international collaboration between huge numbers of researchers at institutions across the world, collating together data on enormous numbers of people.

“The two new variants uncovered by this study could be factored into potential future screening tools for breast cancer that incorporate all known genetic risk factors for the disease. They also provide important clues to the genetic causes of the most common form of breast cancer and potential leads for the discovery of new treatments.”

“Whilst we are learning more and more each day about the environmental, genetic and lifestyle factors that affect breast cancer risk, it is not yet possible to predict who will get breast cancer, and for women who have been diagnosed with the disease, we can’t yet say what caused it.

“That’s why Breakthrough Breast Cancer is leading the way to find the answers to these questions through the research we fund, including the Breakthrough Generations Study, the largest study of its kind, following more than 113,000 women from across the UK for 40 years in a bid to find the root causes of breast cancer. Our hope is that as the study continues to report over time, we will eventually be able to identify high-risk women and find ways to prevent them from developing breast cancer in the first place.”

“Thanks to modern technology we’re building an increasingly detailed picture of the small variations in DNA that can influence a woman’s risk of breast cancer. The next challenges are understanding the biology underpinning their effects, so we can use this information to predict individual risk more accurately, improve screening and find better ways to treat and prevent breast cancer.”