Pioneering prostate cancer drug abiraterone significantly extends the lives of men with advanced prostate cancer if given before chemotherapy, the results of a major phase III clinical trial have shown… 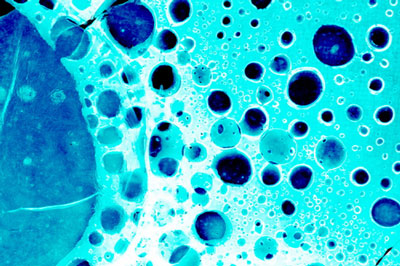 Pioneering prostate cancer drug abiraterone significantly extends the lives of men with advanced prostate cancer if given before chemotherapy, the results of a major phase III clinical trial have shown.

The results, published in Lancet Oncology, showed that men with advanced, aggressive prostate cancer lived more than four months longer on average if they received abiraterone before chemotherapy than if they did not.

The trial, led in the UK by Professor Johann de Bono of The Institute of Cancer Research, London, and The Royal Marsden NHS Foundation Trust, could fill an important gap in previous evidence for abiraterone’s effectiveness pre chemotherapy.

An earlier analysis, published in 2013, showed that abiraterone taken before chemotherapy increased the time before a man’s cancer progressed but did not prove an overall extension in life. This point was cited by NICE when rejecting abiraterone pre chemotherapy in guidance released last year.

The new results coincide with the publication of a second new international study of patients in the same trial, also led in the UK by researchers at The Institute of Cancer Research (ICR) and The Royal Marsden.

That study, published in Clinical Cancer Research, shows it is possible to identify a subgroup of men with very aggressive prostate cancer who may benefit particularly strikingly from abiraterone pre chemotherapy.

Abiraterone, which was discovered at the ICR, is already an option on the NHS for men with advanced cancer who have already received chemotherapy.

The first new study compared the average survival of 354 men given abiraterone before moving on to chemotherapy with 387 men who received a placebo instead. Both groups also received low-dose prednisolone, a treatment used alongside abiraterone.

The men who received abiraterone lived significantly longer than those who did not – an average of 34.7 months, compared with 30.3 months. The trial results also further support the favourable safety profile of abiraterone, with relatively few patients experiencing severe side-effects.

The second new study of men from the same trial showed that a subgroup of patients with a very aggressive form of prostate cancer may benefit the most from treatment with abiraterone.

The researchers cross-referenced data on how well 348 men on the trial responded to either abiraterone or a placebo – as defined by a halt in the progress in their cancer – with a detailed genetic analysis of their tumours.

They looked in particular at whether changes to a gene called ERG, which are often associated with faster cancer progression, correlated with abiraterone response.

They found a clear link between major ERG mutations and response to abiraterone. Although abiraterone improved survival generally regardless of ERG mutations, a subset of patients with the most pronounced mutations to the gene – accounting for 15 per cent of the men studied – responded particularly well.

These men lived for an average of 22 months without their disease progressing, compared with 5.4 months for men with the same ERG status who received a placebo.

Both studies were funded by the manufacturer of abiraterone, Janssen.

“These two new studies, from a major trial of abiraterone in men who are yet to receive chemotherapy, both represent very significant advances. In the overall trial analysis, we’ve shown definitively that the drug extends life if taken before chemotherapy, by an average of around four months.

“The second study shows that men with a particular type of genetic mutation in their tumour respond particularly well to abiraterone, and importantly that a subset of patients with a very bad outlook respond best of all.

“Those results could help provide a rationale for using abiraterone as early as possible in men with these mutations. Currently, men are not generally tested for mutations in their cancer over time – which is why a major focus of our research is on developing new tests to monitor cancer’s genetic progression in individual men, and ultimately match their disease to the best possible treatment.”

Professor Paul Workman, Chief Executive of The Institute of Cancer Research, London, said: “Abiraterone has already transformed care for patients with advanced prostate cancer, but the latest trial evidence strengthens the already powerful case for it to be accepted for NHS use earlier in the course of treatment.

“Not only do the overall results find that abiraterone significantly extends lives when used before chemotherapy, but the second study shows it is possible to pick out a subgroup of men who benefit especially strikingly.”