Finnish researchers have found that an accumulation of gene mutations, similar to those typically seen in the development of cancer, also occur in some patients with rheumatoid arthritis. 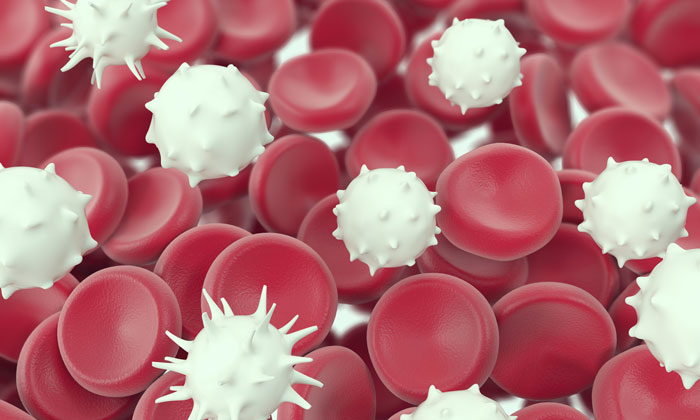 Gene mutations that accumulate in somatic cells have a significant impact on the development of cancer, yet no studies on their involvement in the pathogenesis of autoimmune diseases have previously been conducted. A research project conducted in cooperation by the University of Helsinki and the Helsinki University Central Hospital found that somatic mutations were also present in patients with rheumatoid arthritis.

Published in the Nature Communications journal, the study found mutations in genes important to the immune defence system in white cells separated from blood samples taken from patients recently diagnosed with rheumatoid arthritis.

“It may be possible that these mutations affect the regulation of the inflammatory process,” says Satu Mustjoki, a research professor at the Finnish Cancer Institute and the University of Helsinki.

Altogether 85 patients with recently diagnosed rheumatoid arthritis participated in the study, in addition to which there were 20 healthy control subjects. By utilising the latest deep sequencing techniques, the researchers identified mutations in one fifth of the patients. All identified mutations were located in cells known as killer cells, or cytotoxic CD8+ T cells. No mutations were found in helper cells, or CD4+ T cells.

“One somatic mutation was found in a single healthy control subject, which means that the finding is not entirely arthritis specific,” notes Professor Marjatta Leirisalo-Repo, a specialist in rheumatology.

When the immune defence system is activated, T cells multiply exponentially while identical T cells form cell clones that can be identified by the rearrangement of their shared, unique T cell receptor.

Enlarged T cell clones were found in all patients with rheumatoid arthritis concomitant with somatic mutations. Further investigation proved that the mutations were limited to these enlarged cell clones.

“This indicates that mutations are formed only in mature T cells, not at the stem cell level,” say BM Paula Savola and PhD Tiina Kelkka, the main authors of the article. “If mutations were formed at the earlier differentiation stage, they would have been present in CD8+ T cells and CD4+ helper cells expressing other T cell receptor types as well.”

“For now, there is no certainty on how these mutations affect the regulation of chronic inflammations. They may be, for lack of a better word, ‘genomic scars’ formed as a result of the activation of the immune defence system,” says Mustjoki.

“In any case, this research project revealed a new connection on the molecular level between autoimmune diseases and cancer, which brings us one step closer to understanding these diseases.”

“In the future, we intend to study the prevalence of this phenomenon in other inflammatory conditions and the practical significance of these mutations as regulators of inflammatory reactions,” says Mustjoki.

Researchers from the Faculty of Medicine at the University of Helsinki, the Institute for Molecular Medicine Finland, the Blood Service and the Departments of Rheumatology and Hematology at the Helsinki University Hospital participated in the research project. The project was led by Professors Satu Mustjoki, Marjatta Leirisalo-Repo and Kimmo Porkka.

Funding for the project was provided, among others, by the Academy of Finland and the European Research Council.