University of Warwick expertise is contributing to a world-first £1.5million study aiming to tackle one of the biggest public health threats we face – antibiotic resistance. 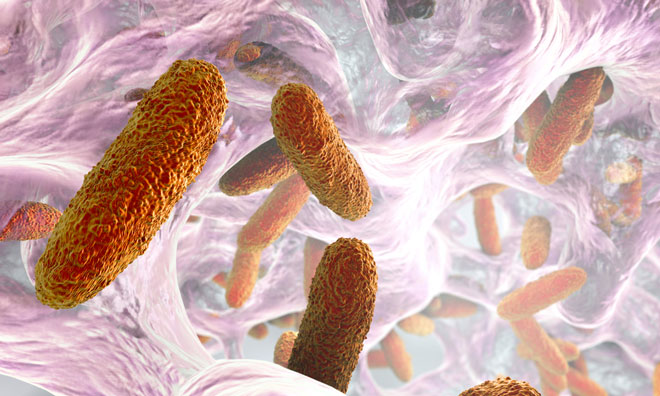 University of Warwick expertise is contributing to a world-first £1.5million study aiming to tackle one of the biggest public health threats we face – antibiotic resistance.

Thousands of doses of potent broad-spectrum antibiotics are used daily in the NHS when patients are suspected of having sepsis. This very serious condition causes at least 44,000 deaths a year in the UK and more than a quarter of cases that are diagnosed prove fatal.

It occurs when the body’s response to an infection injures its own tissues and organs, leading to shock and multiple organ failure.

But its symptoms can be similar to those of a simple viral infection. That means it isn’t easy to diagnose, with no recognised test as yet. At present whenever sepsis is suspected, patients are quickly treated with potent antibiotics, normally for at least seven to 10 days.

The growing problem of resistance to commonly prescribed antibiotics is a key issue worldwide, however, with experts fearing some previously manageable infections will become untreatable with antibiotics. That is why the NHS is striving to safely reduce their use where possible.

Now experts from the University of Warwick‘s Warwick Medical School and Salford, Manchester are leading researchers in a world-leading £1.5million programme. Funded by the National Institute for Health Research, it will determine whether one of two different tests will allow a safe reduction in the time patients in hospital with suspected sepsis are kept on antibiotics.

Biomarkers in the blood

It’s the largest ever trial to look at biomarkers in the blood to see whether the antibiotics should be continued or can be safely stopped.

He said: “Sepsis is a very dangerous condition and we have to react very quickly if it’s suspected – it is important to start treating patients as quickly as possible. But there isn’t good quality evidence on which we can base a decision to stop giving antibiotics and that means that even when patients are getting better – and some may not have had sepsis at all – we are still giving antibiotics for at least 7-10 days.

“In 2015 the National Institute for Health and Care Excellence (NICE) recommended there should be further research on tests for guiding decisions to stop antibiotic treatment in patients with sepsis.

“Our study will look at two different markers in the blood: C-reactive protein, which is often used in the NHS to monitor inflammatory conditions but not routinely for sepsis as yet, and procalcitonin, a newer test, used as a marker for severe bacterial infection.

“Ultimately, we want to be able to use antibiotics more effectively, making sure we have the safest possible care for patients. We are using a precision medicine approach by monitoring markers in the blood for each individual every day to guide when to stop their antibiotics.

“This is very important as the antibiotics we use for sepsis are the ones we should be preserving for the most serious infections, to protect the health of patients both now and in the future.”

Gavin Perkins, Professor in Critical Care Medicine, Warwick Clinical Trials, Warwick Medical School, said: “Warwick Medical School’s Clinical Trials Unit is very pleased to be involved in such vital research. Antibiotic resistance happens when bacteria change and are no longer killed by the drugs used to treat the infections they cause. It leads to longer hospital stays, higher medical costs and increased mortality. We hope this new study will help decrease the use of antibiotics and therefore reduce the risk of resistance to these drugs.”

After a pilot phase, the study will recruit more than 2,700 patients at 30 NHS hospitals across the UK.

They will be assigned to one of three arms of the trial, with one group continuing to receive standard care, one group having C-reactive protein monitored each day and the final group having procalcitonin checked daily. The researchers will compare how long patients remain on antibiotics and the size of the dose as well as survival rates and how long it takes for them to be well enough to be discharged from hospital.