A collaboration between Prof Lucía Chávez-Gutiérrez and Prof Bart De Strooper of VIB-KU Leuven has revealed the molecular basis of the hereditary form of Alzheimer’s disease that strikes early in life. 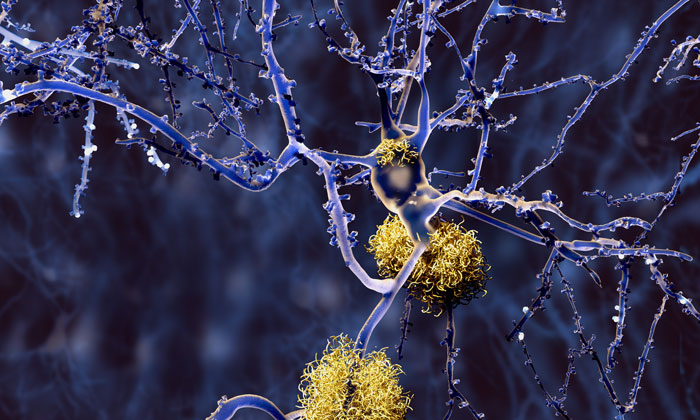 These new findings provide powerful insights for the design of novel therapeutic strategies to tackle the disease. The breakthrough insights have been published in the journal, Cell.

The hereditary form of Alzheimer’s disease is caused by mutations in the gamma secretase enzyme and the APP protein. Gamma secretase cuts APP several times in a progressive manner, with each cleavage generating a shorter fragment, called amyloid beta, which gets released into the brain.

The VIB-KU Leuven team discovered that disease-causing mutations in gamma secretase and APP disrupt the cleavage process leading to the generation of longer amyloid beta fragments that are only partially digested. These longer amyloid fragments are thought to cause widespread neuronal death, resulting in memory problems and other symptoms of Alzheimer’s disease, before aggregating into amyloid plaques (a hallmark of the disease). The researchers uncovered that the disease-causing mutations disrupt this process by weakening the interactions of gamma secretase and APP during the progressive cleavages. In that way, they promote the premature release of longer amyloid beta fragments. The more the gamma secretase-APP interaction is undermined, the sooner Alzheimer’s disease develops. The report also suggests that changes in the cellular environment could modulate the interaction between gamma secretase and APP, and could therefore also affect someone’s risk to develop the non-hereditary form of Alzheimer’s disease.

These findings have important implications for the prevention or treatment of the disease. Previous attempts to tackle the toxic effects of amyloid beta have mostly focused on blocking its production or removing the amyloid plaques from the brain. However, the new insights suggest that stabilising the interaction between gamma secretase and APP might be sufficient to avoid the release of longer and toxic amyloid beta fragments and in that way prevent or delay the disease.

“The mutations causing familial Alzheimer’s disease show the clinical relevance of drugs that strengthen the interaction between gamma secretase and APP. The more stable the complexes are, the further APP can be processed, resulting in shorter, non-toxic forms of amyloid beta,” stated Prof Lucía Chávez-Gutiérrez.

The team will collaborate with academic drug discovery units to translate these new findings to new therapeutic drug candidates.