Scientists at the University of Copenhagen have identified a unique cell surface protein present on human pancreatic precursor cells providing for the first time a molecular handle to purify the cells whose fate is to become cells of the pancreas – including insulin producing cells. 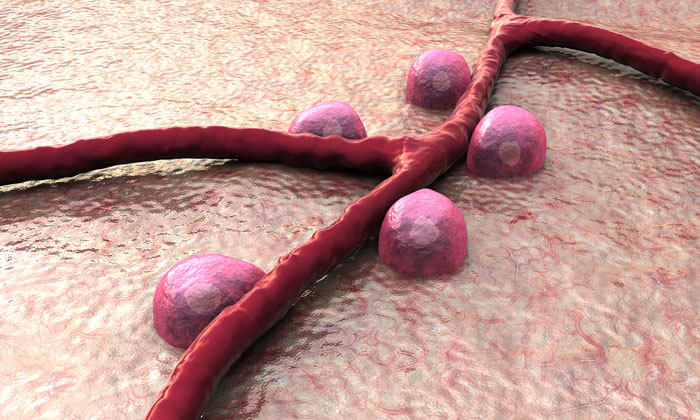 More than 36 million people globally are affected by type 1 diabetes (T1D), a lifelong disorder where insulin producing cells are attacked and destroyed by the immune system resulting in deficient insulin production that requires daily blood glucose monitoring and administration of insulin. While successful outcomes from islet transplantations have been reported, very few patients can benefit from this therapeutic option due to limited access to cadaveric donor islets. Human pluripotent stem cell (hPSCs) could offer an unlimited and invariable source of insulin-producing beta cells for treatments of a larger population of T1D patients.

A biomarker to clearly separate cell populations is a holy grail of cell therapy research for the reasons of safety and end product consistency. By using this cell surface marker, the researchers have engineered a streamlined and simplified differentiation process to generate insulin-producing cells for future treatment of type 1 diabetes patients. The process enables cost-efficient manufacturing and exploits at its core an intermediate cell bank of purified pancreatic precursor cells.

The discovery of the new marker has also enabled the researchers to streamline and refine the process of producing hPSC-derived insulin cells.

“By starting with a purified population of pancreatic precursor cells instead of immature stem cells we eliminate the risk of having unwanted tumorigenic cells in the final cell preparation and thus generate a safer cell product for therapeutic purposes,” explains Assistant Professor Jacqueline Ameri, first author on the paper.

Professor Henrik Semb, Managing Director of the Danish stem cell centre (DanStem) explains: “Although significant progress has been made towards making insulin producing beta cells in vitro (in the lab), we are still exploring how to mass-produce mature beta cells to meet the future clinical needs. Our current study contributes with valuable knowledge on how to address key technical challenges such as safety, purity and cost-effective manufacturing, aspects that if not confronted early on, could hinder stem cell therapy from becoming a clinically and commercially viable treatment in diabetes.”

Semb’s group is among the first to directly address not only the therapeutic concept but to incorporate very early the manufacturing considerations in their process to ensure that future commercialisation will be possible.

To translate the current findings into a potential treatment of type 1 diabetes, Ameri and Semb aim to commercialise their recent patent pending innovations by establishing the spin out company PanCryos. PanCryos has assembled a team with experts in stem cell biology, islet transplantations, business and regulatory guidance and is currently funded by a KU POC grant and a pre-seed funding from Novo Seeds.