Single-letter genetic variations within parts of the genome once dismissed as ‘junk DNA’ can increase cancer risk through wormhole-like effects on far-off genes, new research shows… 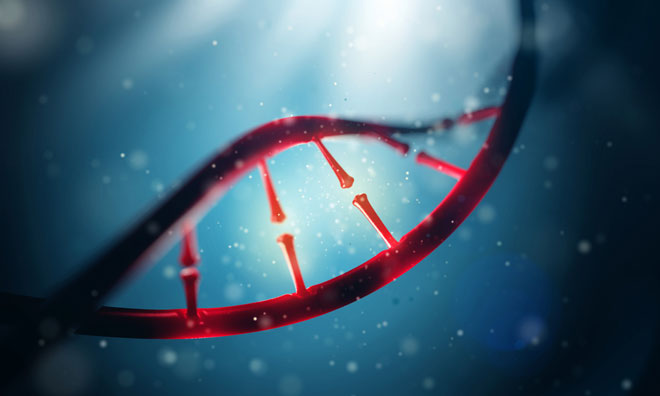 Single-letter genetic variations within parts of the genome once dismissed as ‘junk DNA’ can increase cancer risk through wormhole-like effects on far-off genes, new research shows.

Researchers found that DNA sequences within ‘gene deserts’ – so called because they are completely devoid of genes – can regulate gene activity elsewhere by forming DNA loops across relatively large distances.

The study, led by scientists at The Institute of Cancer Research, London, helps solve a mystery about how genetic variations in parts of the genome that don’t appear to be doing very much can increase cancer risk.

Researchers developed a new technique to study the looping interactions and discovered that single-letter DNA variations linked to the development of bowel cancer were found in regions of the genome involved in DNA looping.

Their study, published today (Thursday) in Nature Communications, is the first to look comprehensively at these DNA interactions specifically in bowel cancer cells, and has implications for the study of other complex genetic diseases.

The researchers developed a technique called Capture Hi-C to investigate long-range physical interactions between stretches of DNA – allowing them to look at how specific areas of chromosomes interact physically in more detail than ever before. Previous techniques used to investigate long-range DNA interactions were not sensitive enough to produce definitive results.

The researchers assessed 14 regions of DNA that contain single-letter variations previously linked to bowel cancer risk. They detected significant long-range interactions for all 14 regions, confirming their role in gene regulation.

These interactions are important because they can control how genes behave, and alterations in gene behaviour can lead to cancer – in fact most genetic variations that have been linked to cancer risk are not in genes themselves, but in the areas of the genome that regulate them.

“Our new technique shows that genetic variations are able to increase cancer risk through long-range looping interactions with cancer-causing genes elsewhere in the genome. It is sometimes described as analogous to a wormhole, where distortions in space and time could in theory bring together distant parts of the universe.

“Understanding how long-range genetic regulation works is crucial to understanding how cancer develops – and could be important in finding new ways to treat the disease in the future.”

“A lot of the genetic variants already linked to cancer occur in gene deserts – often very long and quite mysterious DNA sequences that don’t actually contain ‘genes’, but which are involved in causing cancer in ways we do not yet fully understand.

“DNA looping is notoriously difficult to study but this research has taken an important step to understanding what genetic variations in DNA deserts might do to drive the development of bowel cancer.”