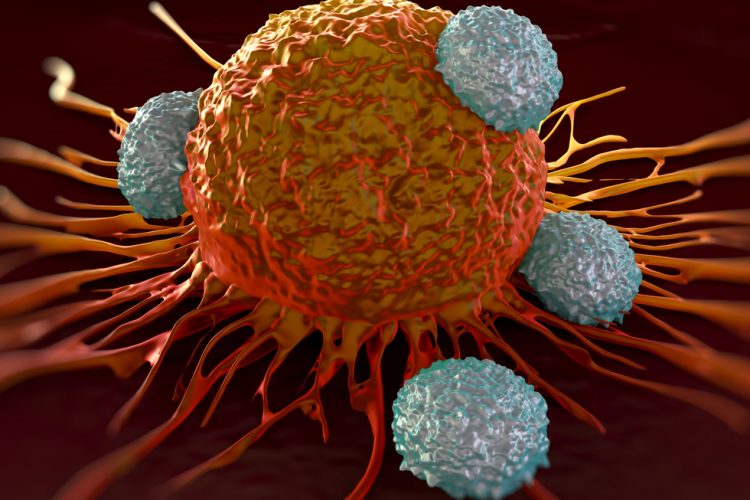 Researcher have shown how a microRNA molecule known as Lethal-7 (let-7) serves as a molecular control hub to direct the function of cytotoxic T lymphocytes by putting the brakes on their cell-killing activities.

When let-7 levels are low or absent, the body’s T cells can potentially turn into “super killers,” said Dr Pobezinsky, Molecular Biologists at the University of Massachusetts. The discovery is a significant advance in the quest to enlist the body’s own immune defences, a technique known as adaptive immunotherapy. It may more effectively attack disease-causing agents such as invasive cancer and chronic infections like HIV, he added. Details appear in the open access journal ELife.

Dr Pobezinsky explains, “We get cancer because CD8 T-cells are not always efficient and cancer can overcome them. Our lab looks at the molecular mechanisms that regulate the cytotoxic efficiency of T cells.” He and colleagues report finding the control mechanism in a tiny strand of microRNA, only 20-30 nucleotides long, that determines how effective T cells will be in attacking disease.

“This was very interesting because when microRNAs were discovered over 20 years ago, people thought it was a product of RNA degradation. They were considered to be used fragments, like dust. They are so tiny, nobody paid attention to them.” “But since then, people have gradually been discovering what they really do. Our work is continuing that,” he said.

Dr Pobezinsky points out that normally RNA codes proteins, but microRNA do not. Instead, these tiny RNA snips found in humans and mammals have regulatory activity on the whole genome. Further, Dr Pobezinsky notes, “The specific microRNA known as Lethal 7 or let-7 is a very ancient RNA that existed in the first eukaryotes and has been conserved through evolution. Humans and animals have multiple genes that code for it instead of the usual one; only the most important genes are duplicated during evolution.”

This series of experiments was sparked by the observation that T-cells produce a lot of let-7 molecules, and when T cells are in their inactive state with no pathogen present,

“Our T cells are full of these let-7 cells,” Dr Pobezinsky said. “But the moment they see an antigen, suddenly the let-7s are gone. So the question is what do they regulate and why do they need to disappear?”

The researchers hypothesised that in the presence of microRNA let-7 molecules, T cells are quiet, which for the organism is a safe condition with the immune system inactive.  But when a threat is sensed, let-7 molecules disappear, which allows T cells to become functionally cytotoxic and able to clear pathogens, including tumour cells.

Dr Pobezinsky said, “Our hypothesis turns out to be correct, in fact the microRNAs work as a brake on the cytotoxic T cells when there is no antigen present, so when we are healthy, they rest. As soon as they are gone, T cells initiate differentiation into cytotoxic T lymphocytes.” To kill invaders, T cells inject a toxic molecules or granzymes into a cancer or virally infected cell that initiates its apoptosis, or programmed cell death.

In experiments, the researchers found that the complete absence of let-7 yielded the strongest differentiation of T cells to killer status. “If you keep let-7, T cells cannot become cytotoxic even in the presence of tumour or virus,” Dr Pobezinsky said. “If you have none or almost none, function is enhanced. Nobody knew this before.” “We also figured out the molecular pathway using transcription factors that regulate the T cell differentiation and confirmed that let-7 microRNA is the most critical control,” he added.

The researchers now hope that this might lead to the ability to modulate immune responses that are regulated by CD8 cells, and they are testing it on mouse tumour models to try to enhance immune response against tumours using this technique.

“We’d like to develop a way to suppress or enhance immune response,” Dr Pobezinsky said. “We might be able to combine this with adaptive immunotherapy to enhance immune function, so we would use a person’s own T cells, treat them in vitro, then to put back super killer T cells to boost their immune response. It’s very promising, I feel it’s a real possibility to go from this fundamental research and have an immediate application. For us it is very, very satisfying to do something for society.”