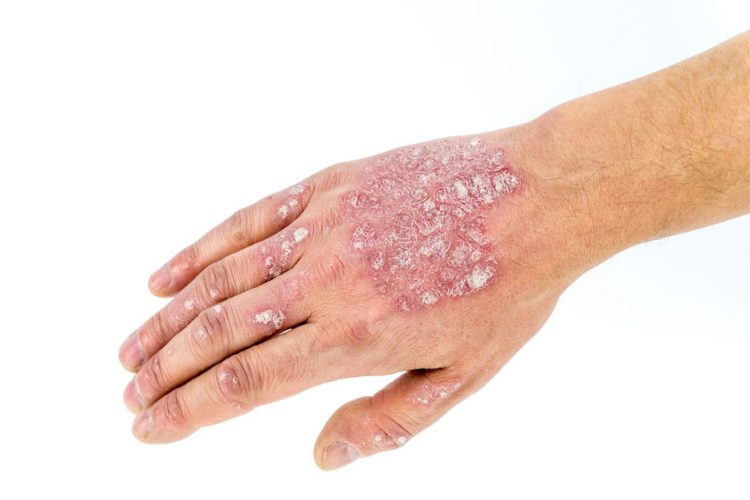 Topical steroids are now most frequently used for mild to moderate psoriasis, but they have side effects such as skin thinning and easy bruising. Solenopsins are the main toxic components of fire ant venom. They chemically resemble ceramides, which are lipid-like molecules essential for maintaining the barrier function of the skin.

Ceramides can act as a double-edged sword, says lead author Dr Jack Arbiser, Professor of Dermatology at Emory University School of Medicine. Under certain conditions, they can be converted by cells into S1P (sphingosine-1-phosphate), an inflammatory molecule.

Dr Arbiser and his colleagues devised two solenopsin analogues that look like ceramides, but can’t be degraded into S1P. They then tested them in a mouse model of psoriasis, applying the compounds in a one percent skin cream for 28 days.

The scientists also looked at how patterns of gene activity were changed in the skins of the mice after treatment. Solenopsin analogue application turned down genes that are turned up by current treatments such as steroids and ultraviolet light.

“This may be compensatory and a mechanism of resistance to anti-psoriasis therapy, and it suggests that the solenopsin compounds could be used in combination with existing approaches,” said Dr Arbiser.

Emory and Case Western scientists have previously shown that solenopsin is an inhibitor of blood vessel growth and has potential as an anticancer agent.

Systemic toxicity for the solenopsin derivatives has not been tested, but Dr Arbiser has said systemic toxicity would not necessarily preclude use in skin diseases, citing the example of an external application of botulinum toxin.

The results are scheduled for publication in Scientific Reports.