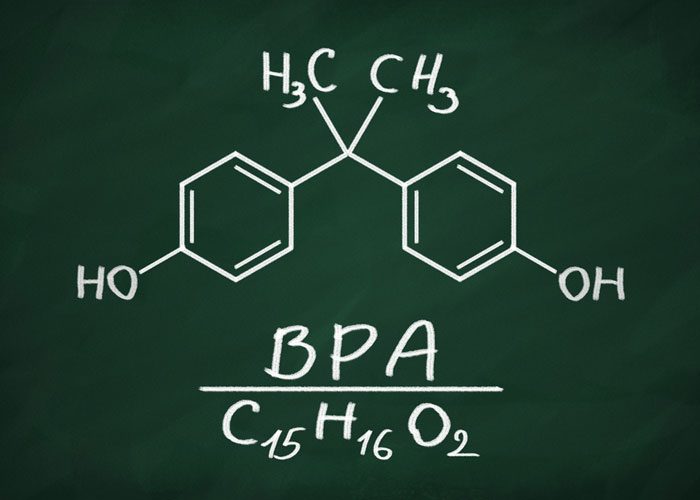 New research has revealed that prenatal exposure to bisphenol A (BPA) at levels below those currently considered safe for humans affects gene expression related to sexual differentiation and neurodevelopment in the developing rat brain.

BPA is a chemical used in a variety of consumer and household products including some food containers. Experimental data has also suggested a link between the chemical and mood or anxiety-related behaviours in children.

Currently, the U.S. Food and Drug Administration (FDA) No Observed Adverse Effect Level (NOAEL) for BPA is 50 micrograms per kilogram of body weight per day.

Heather Patisaul, Professor of Biology at North Carolina State University, with researcher Sheryl Arambula, conducted a study exposing gestating rats to levels of BPA both above and below those currently considered to have no adverse effect – including levels as low as 2.5 and 25 micrograms per kilogram of body weight per day – and looked at effects in the brains of their newborn pups.

Prof Patisaul and Ms Arambula found that prenatal BPA exposure, even at the lowest levels, changed the expression of numerous hormone receptors including those for androgen, estrogen, oxytocin and vasopressin in the newborns’ amygdala, a brain structure involved in a wide range of stress and emotional behaviours.

Oxytocin, for example, is important for affiliation and pair-bonding, while vasopressin is involved in stress responses. The changes varied depending upon the sex of the newborn and the amount of exposure. Significantly, disruption of genes critical for synaptic transmission and neurodevelopment were also found to be altered, with females appearing to be more sensitive than males.

“Uniquely, we found that low-level prenatal BPA exposure can change androgen receptor expression levels in the amygdala,” said Ms Arambula. “In humans, this gene is important for forming differences between male and female brains, which suggests this could be a way by which BPA exposure might alter sex differences in the human brain.”

Prof Patisaul is among a consortium of researchers involved in a multi-year, multi-disciplinary project called CLARITY-BPA, a research initiative that includes the FDA, the National Toxicology Program, the National Institute of Environmental Health Sciences (NIEHS), and 13 academic labs. CLARITY-BPA seeks to understand how BPA affects multiple organ systems. Prof Patisaul’s focus is on brain and behaviour. All rats in the study were housed at the National Center for Toxicological Research and followed FDA protocols for exposure.

CLARITY-BPA experiments were specifically conceived and conducted to provide the FDA with data it could use to make decisions about human health risks.

“In our previous work, including work for this consortium, we found similar changes in other brain regions including the hypothalamus and hippocampus,” said Prof Patisaul. “There is now a wealth of data showing that BPA can alter neurodevelopment. There is no question that prenatal BPA exposure at levels currently considered safe for humans affects hormone-sensitive gene expression in the developing rodent brain, suggesting that what we consider ‘safe’ for human brains may need to be re-evaluated.”

The researchers’ findings appear in NeuroToxicology. The research was funded by the NIEHS (grants P30ES025128 and U011ES020929).