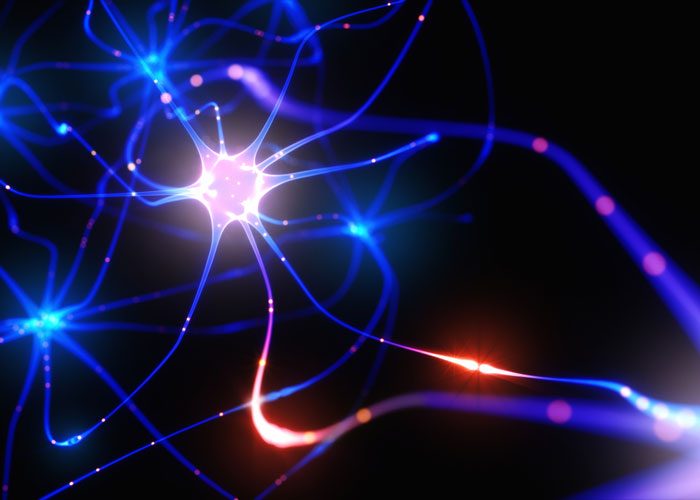 Researchers have developed a new optogenetic technique that sculpts light to target individual cells bearing engineered light-sensitive molecules so that individual neurons can be precisely simulated.

Until now, it has been challenging to use optogenetics to target single cells with such precise control over both the timing and location of the activation. This new advance paves the way for studies of how individual cells, and connections among those cells, generate specific behaviours such as initiating a movement or learning a new skill.

For the first time ever, we can bring the precision of single-cell control toward the natural timescales of neural computation

“Ideally what you would like to do is play the brain like a piano. You would want to control neurons independently, rather than having them all march in lockstep the way traditional optogenetics works, but which normally the brain doesn’t do,” says Ed Boyden, an Associate Professor of brain and cognitive sciences and biological engineering at Massachusetts Institute of Technology and a member of MIT’s Media Lab and McGovern Institute for Brain Research.

The new technique relies on a new type of light-sensitive protein that can be embedded in neuron cell bodies, combined with holographic light-shaping that can focus light on a single cell.

More than 10 years ago, Prof Boyden and his collaborators first pioneered the use of light-sensitive proteins known as microbial opsins to manipulate neuron electrical activity. These opsins can be embedded into the membranes of neurons, and when they are exposed to certain wavelengths of light, they silence or stimulate the cells.

Over the past decade, scientists have used this technique to study how populations of neurons behave during brain tasks such as memory recall or habit formation. Traditionally, many cells are targeted simultaneously because the light shining into the brain strikes a relatively large area. However, as Prof Boyden points out, neurons may have different functions even when they are near each other.

For the opsin, the researchers used a protein called CoChR, which the Prof Boyden lab discovered in 2014. They chose this molecule because it generates a very strong electric current in response to light (about 10 times stronger than that produced by channelrhodopsin-2, the first protein used for optogenetics).

They fused CoChR to a small protein that directs the opsin into the cell bodies of neurons and away from axons and dendrites, which extend from the neuron body. This helps to prevent crosstalk between neurons since light that activates one neuron can also strike axons and dendrites of other neurons that intertwine with the target neuron.

Prof Boyden then worked with Valentina Emiliani, a Research Director at France’s National Center for Scientific Research (CNRS) and Director of the Neurophotonics Laboratory at Paris Descartes University, to combine this approach with a light-stimulation technique that she had previously developed, known as two-photon computer-generated holography (CGH). This can be used to create three-dimensional sculptures of light that envelop a target cell.

Traditional holography is based on reproducing, with light, the shape of a specific object, in the absence of that original object. This is achieved by creating an “interferogram” that contains the information needed to reconstruct an object that was previously illuminated by a reference beam. In computer-generated holography, the interferogram is calculated by a computer without the need of an original object. Years ago, Dr Emiliani’s research group demonstrated that combined with two-photon excitation, CGH can be used to refocus laser light to precisely illuminate a cell or a defined group of cells in the brain.

In the new study, by combining this approach with new opsins that cluster in the cell body, the researchers showed they could stimulate individual neurons with not only precise spatial control but also great control over the timing of the stimulation. When they target a specific neuron, it responds consistently every time, with the variability that is less than one millisecond, even when the cell is stimulated many times in a row.

“For the first time ever, we can bring the precision of single-cell control toward the natural timescales of neural computation,” says Prof Boyden.

Using this technique, the researchers were able to stimulate single neurons in brain slices and then measure the responses from cells that are connected to that cell. This paves the way for possible diagramming of the connections of the brain and analysing how those connections change in real time as the brain performs a task or learns a new skill.

One possible experiment, Prof Boyden says, would be to stimulate neurons connected to each other to try to figure out if one is controlling the others or if they are all receiving input from a far-off controller.

“It’s an open question,” he says. “Is a given function being driven from afar, or is there a local circuit that governs the dynamics and spells out the exact chain of command within a circuit? If you can catch that chain of command in action and then use this technology to prove that that’s actually a causal link of events, that could help you explain how a sensation, or movement, or decision occurs.”

As a step toward that type of study, the researchers now plan to extend this approach to living animals. They are also working on improving their targeting molecules and developing high-current opsins that can silence neuron activity.

The study appears in Nature Neuroscience.