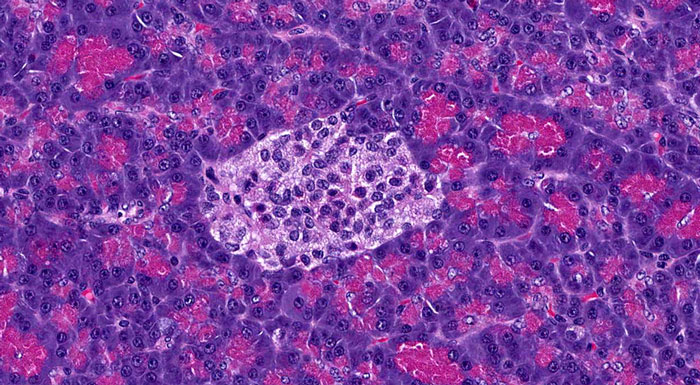 The finding, from a study undertaken in mice, could make earlier detection of pre-diabetes in humans much easier for doctors and allow for more personalised and effective treatments for patients in the future.

Researchers from the University of Sydney combined the high-tech mathematical approach of machine learning with omics technology that examines the various types of molecules that make up the cells of an organism to successfully identify specific molecules in mice. That information was used to classify the mice according to what kind of food they eat, their genetic origin and their whole-body insulin sensitivity.

Co-lead author Dr Jacqueline Stöckli, a research fellow with the University’s Charles Perkins Centre and School of Life and Environmental Sciences, said the study suggested there are likely multiple factors that contribute to pre-diabetes and this is why more traditional approaches have failed to identify similar highly predictive signatures or indicators of disease.

“Our study identified a three-molecule signature that was able to diagnose insulin resistance or pre-diabetes, a condition that is often associated with diabetes, obesity and high blood pressure,” she said.

“But we know the story is much more complicated; strikingly, each of the three molecules on their own was considerably less predictive of pre-diabetes than when combined.

“The next step is to further exploit these technologies to uncover the full suite of pathways and factors that contribute to pre-diabetes – which will include genetic, environmental and possibly epigenetic influences – at a population level.”

Precision medicine classifies individuals according to their susceptibility or response to a particular disease and tailors healthcare treatments and practices accordingly.

“Once we can identify the molecules and other factors that contribute to pre-diabetes, we can customise treatments to suit patients’ specific make up and needs,” Professor James said.

“This study demonstrates the power of combining technologies to solve some of the world’s biggest problems,” he added.

“The burden of the ‘lifestyle diseases’ the Charles Perkins Centre is dedicated to easing – which include obesity, diabetes and cardiovascular disease – stubbornly remain at high levels globally; we need to innovate in order to tackle these conditions effectively.”

The study has been published in the Journal of Biological Chemistry, the research was conducted with the Garvan Institute of Medical Research, Duke University (USA) and the University of Melbourne.