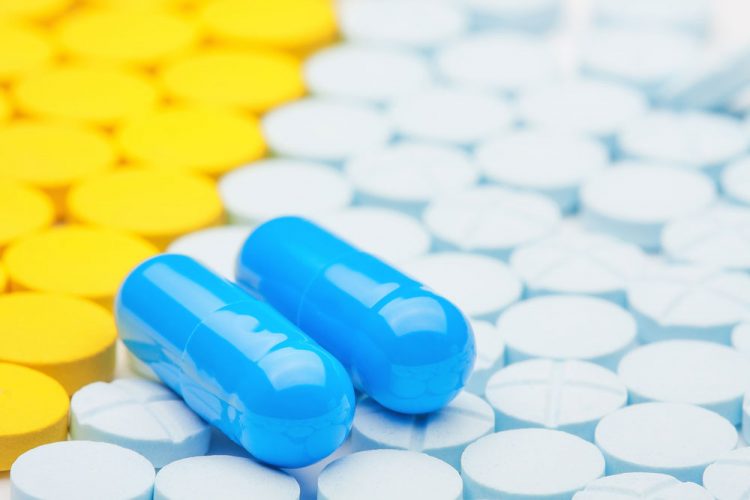 Researchers have developed a new technology for creating more durable disease-fighting molecules which could lead to drugs with longer-lasting effects.

Mirror-image version of existing drugs would last longer in the body thanks to their ability to avoid breakdown by enzymes in the stomach and bloodstream. For patients, this would mean less frequent drug injections and more medicines could potentially be made available as pills.

Designing these drugs has been tricky, however.

Now a team of researchers led by Philip Kim, a Professor of computer science and molecular genetics in the University of Toronto‘s Donnelly Centre for Cellular and Biomolecular Research, has developed a new technology for making mirror-image peptides, which bind and activate receptors on the surface of cells. They created mirror-image versions of blockbuster drugs glycogen-like-peptide 1 (GLP1) and parathyroid hormone (PTH). GLP1 is widely used to treat diabetes, and PTH is a treatment for hypoparathyroidism, a condition in which the body produces too little PTH and affects muscle function, and osteoporosis. Both mirror-image counterparts had longer effects on cells than the existing drugs. 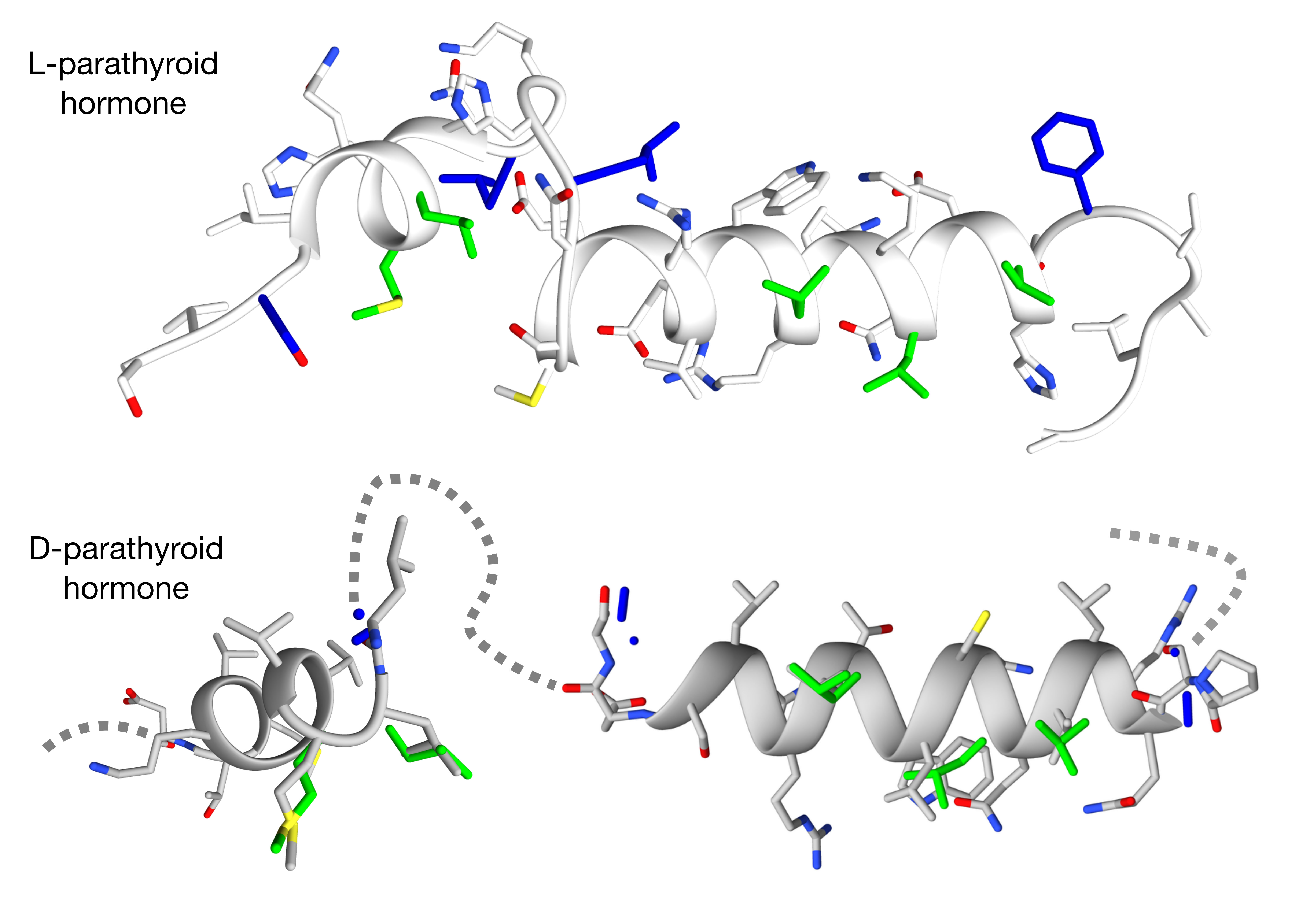 “Mirror image peptides are not recognised and degraded by enzymes in the stomach or bloodstream and therefore have a long-lasting effect,” says Prof Kim. The other advantage, he said, is that mirror-image peptides also get overlooked by the immune system, which often mistakes natural peptides for foreign invaders and thus limits drug efficacy.

Peptides are made from molecules called amino acids. For reasons that are not fully understood and which go back to the origin of life, almost all amino acids in the natural world occur in one geometric form. Their atoms are arranged in such a way that makes the entire amino acid molecule appear left-handed, or “L” for short. As a result, natural peptides are also left-handed. Because peptides produced by microbes, plants and animals can be harmful, the human body has evolved efficient ways to purge them.

But if you inverse a peptide’s geometric orientation, by making a mirror-image of it, it can still bind correct receptors while sliding unnoticed past the body’s defence mechanisms. Mirror image peptides can be made in the lab from synthetic right-handed amino acids, which are also known as “D” for dextrorotary.

Unlike straight L peptides, which can be fairly easily converted to a D form, most biologically active peptides are twisted into helices, and so far there has been no good way to design their mirror-image counterparts on a large scale, said Prof Kim.

Using a purely computational approach, Prof Kim’s team was able to clear this obstacle. They started with the largest public database which contains structural information for three million helical peptides. They then created an algorithm to flip these peptides into their D counterparts. Finally, the team looked in this new virtual library of mirror-image peptides for those that best matched GLP1 and PTH.

Once they found the match, the researchers had the D-peptides synthesized and tested for their ability to activate their receptors on the cell’s surface. They found that both D-GLP1 and D-PTH elicited cellular responses similar to their natural counterparts but had a longer-lasting effect.

“We are now investigating whether the D-PTH could be orally delivered because it is avoiding the breakdown in the stomach”, says Prof Kim. “For frequently dosed medication, this is of great interest, as taking a pill is much easier than having an injection. This could lead to many more peptide drugs being taken as pills”.

Currently, patients who take GLP1, which was discovered at U of T by Professor Daniel Drucker, of the Department of Medicine, or PTH, must inject these drugs on a daily basis.

Prof Kim is working with the U of T patent office to protect his technology as he explores opportunities to partner with the pharmaceutical industry to commercialize the research. He is also developing mirror-image versions of peptides that work against the Dengue and Zika viruses in order to make them more durable in the bloodstream.

“We are testing our approach on as many interesting peptides as we can,” Prof Kim said.

The findings are described in the online edition of the Proceedings of the National Academy of Sciences.