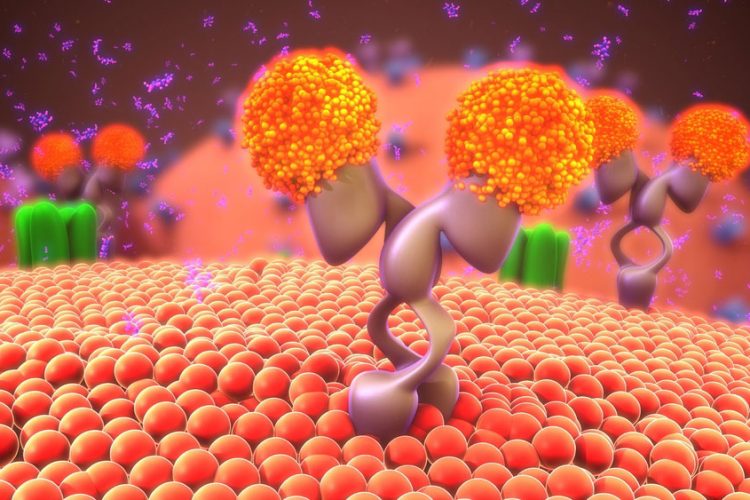 Researchers have systematically analysed and quantified the interactions of all proteins with metabolites on the level of the whole proteome for the first time, establishing the relationships between them.

The researchers at ETH Zurich have shown how many of the proteins and enzymes present in an E. coli bacterial cell interact with metabolites. To do so, they used an approach known as limited proteolysis (LiP), combined with mass spectrometric analysis.

The researchers extracted cellular fluid, which contains proteins, from the bacterial cells. They then added a metabolite to each sample and allowed it to interact with the proteins. Finally, they cut the proteins into peptides using molecular scissors. In total, the researchers tested 20 different metabolites and their interactions with proteins in this way.

When a protein interacts with a metabolite, whether it settles in the protein’s active site or attaches to another site, the protein structure is altered. The “molecular scissors” then cut it at different sites from the original structure, resulting in a different set of peptides.

Using the mass spectrometer, the researchers measured all of the pieces present in the sample and fed the data obtained into a computer to reconstruct the structural differences and changes, and wherein the protein these are localised.

Using this approach with E. coli Paola Picotti, Professor of Molecular Systems Biology at ETH Zurich, and her team discovered about 1,650 different protein-metabolite interactions, of which over 1,400 were previously unknown. Thousands of binding sites on proteins to which metabolites can attach also came to light. “Although the metabolism of E. coli and associated molecules is already very well known, we succeeded in discovered many new interactions and the corresponding binding sites,” says Prof Picotti. This proves the method’s enormous potential: “The data that we produce with this technique will help to identify new regulatory mechanisms, unknown enzymes and new metabolic reactions in the cell.”

In their study, the researchers also show that small metabolic molecules prefer to bind to (and thus regulate) proteins whose concentration is more or less constant over time. This suggests that the binding of metabolites to proteins and changes in protein concentrations are two complementary pathways by which cells regulate protein activity.

Proteins can be activated or inactivated relatively quickly by a structural change mediated by metabolites. “This kind of structural change can be reversed more quickly,” explains Prof Picotti. From the perspective of the cell, this often makes sense, because using the pathway involving a change in concentration means that the cell must dismantle or rebuild proteins, which costs it more time, energy and resources.

Prof Picotti and her colleagues have also been able to show that many enzymes are less choosy than previously thought: they can apparently bind to and chemically alter several different metabolites. Until now, it was assumed that enzymes were mostly specific to a few very similar molecules.

The pharmaceutical industry is very interested in the new approach, as it can be used to test the interaction of drugs with cellular proteins and identify the targets of a drug. Researchers could investigate which proteins and which sites this drug binds to, how it alters their structure and thus influences their activity. This would facilitate and accelerate tests and the development of new drugs.

Prof Picotti has already patented the method. The ETH spin-off Biognosys is the exclusive licence holder and is now using the method to test various drugs on behalf of pharmaceutical companies.