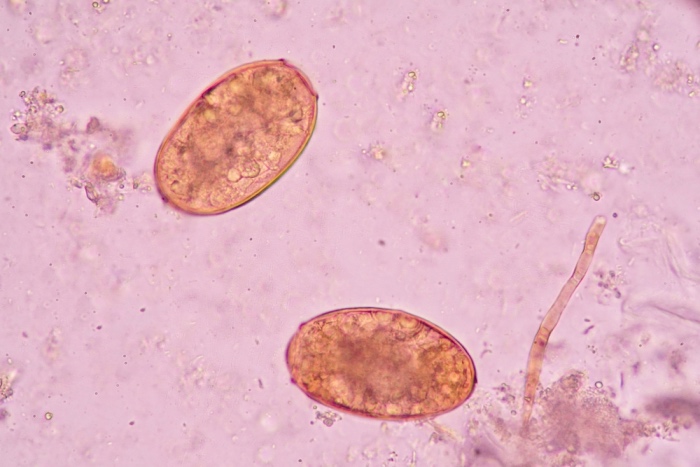 Individuals who release low numbers of schistosome eggs in their faeces may not be detected by classical methods to detect schistosomiasis. Instead, the Helmintex method– which uses a magnetic field to isolate eggs–is more sensitive to these low-intensity schistosomiasis infections.

Schistosomiasis is a common infection that affects over 290 million individuals, especially in Sub-Saharan Africa, Asia and South America. Classical diagnostic methods, including the Kato-Katz (KK) faecal smear recommended by the World Health Organization, are not accurate in situations where low egg burden is present in stool. Alternative methods, including a point-of-care immunodiagnostic for schistosome cathodic circulating antigen in urine (POC-CCA) and the Helmintex (HTX) method, have been proposed as substitutes.

In the new work, Carlos Graeff-Teixeira of the Pontificia Universidade Catolica de Rio Grande de Sul, and colleagues compared the KK, POC-CCA and HTX methods in a population-based study. 461 children and adults from Candeal, Brazil provided stool, urine, and blood samples for the comparison; an additional 220 submitted at least one specimen type.

The prevalence of schistosomiasis was found to be 71% with the POC-CCA method, 40% with HTX, and 11% with KK. More than 70% of individuals had very low egg burdens in their faeces. However, the POC-CCA method provided the lowest proportion of true positive results. The HTX method was 100% sensitive with egg burdens higher than 1.3 epg and detected eggs in 29% of the samples that were negative according to the KK method.

“The HTX method is very sensitive and should be used as a reference method for diagnosing intestinal schistosomiasis and for comparative evaluation of other tests,” the researchers say. “The HTX method should also be considered for use in the monitoring and certification of transmission interruption.”

The research has been reported in PLOS Neglected Tropical Diseases.