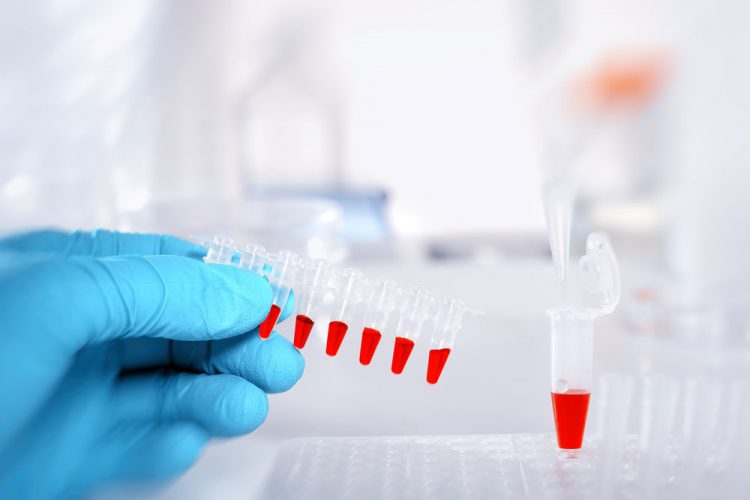 Researchers have created a new platform with the potential to extract tiny circulating biomarkers of disease from patient blood. This simple, fast and convenient technique could help understand liquid biopsy diagnostics — a less invasive procedure than the current gold standard: tumour biopsies.

Extracellular vesicles are cell messengers that can be found in blood. In cancer, cardiovascular and blood diseases, vesicles transport specific disease-related molecules (biomarkers) that can be used to diagnose these diseases. However, it’s tricky to isolate vesicles from blood, because they are minuscule particles, only 30-1,000 nanometers in size.

Current methods of extraction are clinically tedious, time-consuming and expensive, with low throughput and poor extract purity. In this research, scientists utilised a microfluidic centrifugal technique, where a spinning rotor generates pressure, forcing the patient’s blood sample to flow through microscopic channels of a specially designed microfluidic chip. The centrifugal force that drives this extraction is similar to the G-force experienced when riding a rollercoaster, only a lot stronger.

This is a μCENSE chip with the benchtop centrifugal platform in the background. (Joo Chuan Yeo)

A blood sample is first added to the chip’s inlet, and then the chip is placed into the centrifugal nanoparticle separation and extraction (μCENSE) platform. μCENSE is then loaded into a standard laboratory benchtop centrifuge and spun. It takes less than eight minutes for the blood and vesicles to separate, and extract can be removed from the chip outlet. This is a hundredfold faster than the high-speed ultracentrifugal method that has been used in the past. The μCENSE platform was designed to increase the external force field within a smaller radius, minimizing the centrifugal force and time requirements.

“As we spin the microfluidic chip, the sample in the inlet starts to migrate or move into this curved channel,” said Chwee Teck Lim, the team’s study lead. “Once there, the centrifugal forces start to separate the smaller vesicles from the larger particles, because the forces acting on the different sized vesicle are different. So, as they move from inlet to outlet, they start to separate into different zones. The smaller particles remain near the inner wall of the channel and the larger particles move towards the outer wall of the channel, and this separates them into two outlets.

Once isolated the vesicles molecular content can be tested for certain biomarkers of disease. This process includes examining the nucleic acid and protein content. For this study, the group successfully demonstrated that the μCENSE was capable of separating and enriching vesicles from liquid medium exposed to cells grown in a laboratory, by showing that the protein biomarker for vesicles, CD63, was present.

The μCENSE platform is highly versatile for multiple microscale manipulations, as the microfluidic chip can be redesigned for the nanoparticle that needs to be extracted.

Currently, Dr Lim’s group is developing the prototype chip design to increase its throughput, and streamline for clinical testing. “We are already looking at trying to conduct a trial on patient clinical samples,” Dr Lim said. Ultimately, he hopes to use this technique to identify which biomarkers will be useful in detecting cancer.

Details of the new technique are reported in Biomicrofluidics.