Scientists in the U.S. have discovered that the gut microbiome is altered in individuals with pancreatic cancer, and that the removal of certain bacterial strains slows cancer progression. 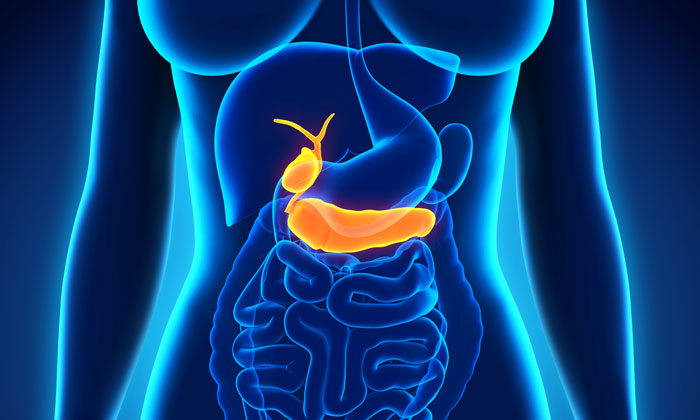 In a U.S. study the bacterial load was demonstrated to be significantly higher in pancreatic tumour samples from patients with pancreatic ductal adenocarcinoma compared with the same tissue from normal individuals. In mouse studies, eliminating certain ‘bad’ bacteria slowed the growth of pancreatic cancer, reversed immune suppression, and upregulated the immune checkpoint protein PD1.

Commenting on the genesis of the research, George Miller, MD, HL Pachter Professor in the Departments of Surgery and Cell Biology at New York University School of Medicine, said: “The gut microbiome has been studied in many different cancers, including liver and colorectal cancer, and is shown to affect cancer progression. Because the pancreas is remote from the gut, it is considered a sterile organ, and there haven’t been many studies that looked at the role of the gut microbiome in pancreatic cancer.”

“The bacterial composition was more diverse in the faecal samples (of healthy individuals) than from cancer patients,” noted Miller.

Commenting on the relevance of these findings, Deepak Saxena, PhD, associate professor in the Department of Basic Science and Craniofacial Biology at New York University College of Dentistry, said: “The dysbiosis [imbalance] in the gut microbiome can potentially be used as a biomarker to define a high-risk population”. Among the more abundant strains of bacteria found in pancreatic cancer patients were Proteobacteria, Bacteroidetes, and Firmicutes.

In mouse studies, the team demonstrated that bacteria translocate from the gut to the pancreas in those animals with pancreatic cancer. After further studies, the researchers showed that eliminating these bacteria using antimicrobial treatment slowed the progression of the cancer and lowered the tumour burden by approximately 50 per cent. This process also affected T-cell differentiation, leading to increased T-cell infiltration to the tumour and reduction in myeloid-derived suppressor cell (MDSC) population. Antimicrobial treatment also resulted in increased expression of PD1 on CD4+ and CD8+ T cells within the tumours.

To confirm the effects, researchers reintroduced bacteria in antimicrobial-treated mice, which reversed the tumour protection and reduced the immunogenicity of the tumours, suggesting that the microbiome promotes pancreatic ductal adenocarcinoma by inducing immune suppression in the tumour.

The researchers also found that combining antimicrobial treatment with an anti-PD1 immunotherapy resulted in enhanced CD4+ and CD8+ T-cell activation in mice, suggesting that such a combination is a potential treatment option for pancreatic ductal adenocarcinoma.

“Our studies show that the bacteria may serve both as biomarkers of increased risk for pancreatic cancer as well as potential therapeutic targets,” said Miller. “We believe that targeting the microbiome in patients with pancreatic cancer can make immunotherapy effective.”

The team is preparing to launch a clinical trial to test a combination of antibiotics (ciprofloxacin and metronidazole) and an anti-PD1 antibody in patients with pancreatic ductal adenocarcinoma.

This study was published in Cancer Discovery.