Researchers in Brazil have identified seven biomarkers that could be used to indicate which glioma patients are likely to experience an aggressive form of the brain cancer. 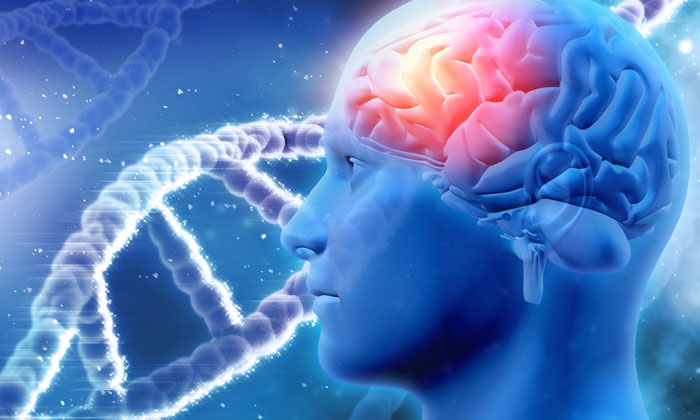 Scientists at the University of São Paulo (USP) describe a biomarker panel that could tell physicians which patients diagnosed with glioma (a type of brain cancer) will tend to progress to a more aggressive form of the disease in the event of relapse.

According to principal investigator Houtan Noushmehr, a professor at USP’s Ribeirão Preto Medical School (FMRP-USP), between 80% and 90% of patients diagnosed with brain cancer develop a second tumour following surgical removal of the original lesion. In most cases the epigenetic profile of the tumour cells remains the same, meaning that gene expression is not altered. This suggests a favourable prognosis with good longevity. In 10% of patients with tumour relapse, however, the cancer cells acquire a more aggressive phenotype, reducing their overall survival.

Commenting on how this discovery might aid treatment outcomes, Noushmehr said: “At the time of the primary diagnosis our biomarker panel could show whether the patient is among these 10% who tend to progress to a more severe condition. This knowledge would help the physician decide whether more aggressive treatment is appropriate, in order to prevent progression of the disease.”

With support from the Sao Paulo Research Foundation – FAPESP, the study was based on an analysis of 200 samples of glioma, a type of cancer that originates in glial cells (such as astrocytes, oligodendrocytes and microglia), which mediate immune responses in the central nervous system (CNS) and support the functioning of neurons. The work was carried out during the postdoctoral research of Camila Ferreira de Souza, partly conducted in the United States at the Henry Ford Hospital, thanks to a FAPESP scholarship for a research internship abroad.

Gliomas are the most common group of CNS tumours, accounting for around 80% of cases, with a mortality rate of approximately 92%. The degree of histopathological aggressiveness (based on tissue characteristics) ranges from one to four. The higher the number, the worse the prognosis.

“We analysed samples from 77 patients, from both the primary tumour and the first and second relapse, or even the third in some cases. This is the largest case series survey ever of primary and recurrent gliomas from the same patients,” Noushmehr said.

Analysis of the samples focused on epigenetic mechanisms, the chemical processes that modulate genome functioning (to adapt to environmental stimuli) and hence cell phenotype by activating or deactivating gene expression.

More precisely, in this study the group chose a specific epigenetic regulation mechanism known as DNA methylation, a chemical reaction that adds a methyl group (made up of hydrogen and carbon atoms) to the DNA base cytosine, potentially altering the expression of certain genes.

In a previous article from 2016, the group led by Noushmehr had identified seven different glioma subtypes on the basis of tumour epigenetic profiles – among them a more aggressive profile, which they called subtype G-CIMP-low, and one with a more favourable prognosis called G-CIMP-high.

“What we show in this new paper is that only 10% of patients who develop a second tumour progress from subtype G-CIMP-high to subtype G-CIMP-low,” Noushmehr explained.

The group analysed DNA methylation in the 200 tumour samples by microarray, a methodology that can identify and characterise millions of sites and functional genomic elements simultaneously. The process whereby a methyl group is added to DNA typically occurs in the base cytosine that usually precedes a guanine (dinucleotide CpG). Microarray analysis shows whether the CpG regions studied, including genes and regulatory elements in the genome, are more or less methylated.

The microarray datasets were processed with the aid of machine learning algorithms, a form of artificial intelligence. These algorithms sift through masses of data using advanced statistical techniques, in search of patterns on which to base determinations or predictions.

“In this way we identified seven genomic sites where the level of DNA methylation serves as a biomarker of the risk of evolution from the G-CIMP-high phenotype to the G-CIMP-low phenotype. This is how we produced the biomarker panel,” said Noushmehr.

Today, he added, all patients diagnosed with glioma are prescribed practically the same treatment. “You have to wait for the cancer to return, undergo another operation and find out whether it has progressed,” he said. “If we know from the outset whether there’s a risk of progression to the G-CIMP-low phenotype, we can plan treatment accordingly.”

For Souza, the development of personalised therapies for glioma patients is “suboptimised”.

“This is due in part to the fact that diagnosis is based mainly on traditional histopathological criteria, meaning the degree of tumour malignancy,” she said.

The present study, she added, identified epigenetic vulnerabilities that serve to stratify, with high levels of sensitivity and specificity, phenotypes associated with recurrent gliomas and with distinct clinical prognoses that could not be predicted merely by neurohistopathological grading of tumour biopsies.

“We expect the panel of clinical biomarkers identified to pave the way for a refinement of our current clinical classification scheme,” Souza said. “This will help guide future therapeutic decisions before recurrent malignant gliomas become symptomatic. It will also avoid unnecessarily exposing patients with gliomas that are not highly aggressive to toxic radiation therapy and chemotherapy protocols.”

Noushmehr and Souza stressed, however, that the biomarker panel must be validated in a clinical trial and that completion of this process typically takes several years.

The article was published in the journal Cell Reports.