A compound may be effective against other autoimmune diseases, mouse study shows… 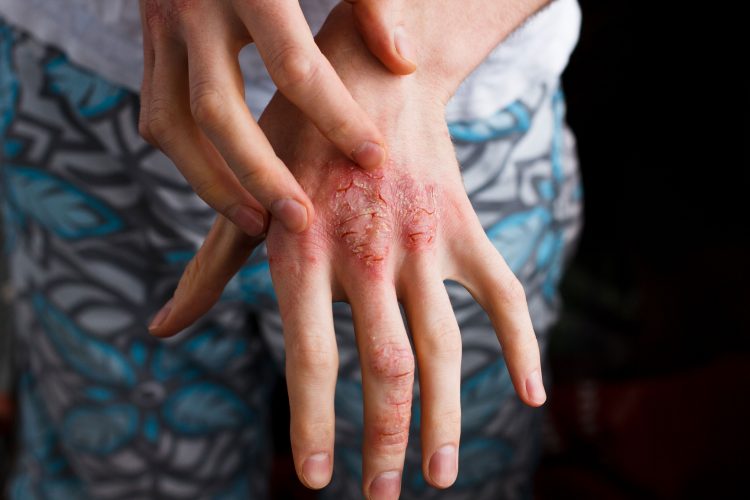 A compound derived from immune cells treats psoriasis in mice and holds promise for other autoimmune diseases, according to a new study from Washington University School of Medicine in St. Louis.

The compound suppresses an inflammatory pathway that is overactive in many autoimmune diseases, suggesting that it may be effective against multiple sclerosis, rheumatoid arthritis, lupus and other autoimmune diseases as well as psoriasis.

“We are taking advantage of the body’s own anti-inflammatory power and showing that it can help in real situations when your own immune system is hurting you,” said senior author Dr Maxim Artyomov, an Assistant Professor of Pathology and Immunology.

Inflammation is the body’s defence system against infection. The redness and swelling you see around an infected cut represents the mobilization of a powerful arsenal of cells and molecules in response to injury and invading microbes. But when inflammation gets misdirected at the body’s own healthy tissues, it causes autoimmune disease, which is why anti-inflammatory drugs are the medication of choice for many autoimmune diseases.

Dr Artyomov and colleagues previously had shown that inflammatory cells that detect the presence of bacteria produce a compound called itaconate. But surprisingly, rather than amplifying inflammation, itaconate dampens it, they discovered.

To understand how and why, Dr Artyomov, first author Dr Monika Bambouskova, a postdoctoral researcher at Washington University, Dr Alexey Sergushichev, a researcher at ITMO University in St. Petersburg, Russia, and colleagues treated inflammatory cells from mice and people with dimethyl itaconate, a modified form of itaconate.

They found that the compound reduces levels of a key protein – known as IkappaBzeta – in the IL-17 inflammatory pathway. This pathway is crucial for fighting off some kinds of bacterial infections, but it is also the body’s primary route to initiating autoimmune disease.

Further, genetic studies of people with psoriasis have found a link between variations in the gene for IkappaBzeta and a heightened risk of developing the disfiguring skin disease. Dr Artyomov and colleagues, therefore, tested whether reducing protein levels with the itaconate compound could treat psoriasis in mice.

Since IL-17 plays a role in so many autoimmune diseases, a compound that puts a check on this pathway potentially could be helpful for treating many serious ailments. Artyomov and colleagues already have begun studying whether itaconate compounds can reduce the signs of multiple sclerosis in mice. They are encouraged by structural similarities between dimethyl itaconate and dimethyl fumarate, the active ingredient in FDA-approved multiple sclerosis drugs.

“Since we first linked itaconate to inflammatory cell activation in 2016, it has been surprising us,” Dr Artyomov said. “Everyone thought that if it is produced by inflammatory cells it should fight infection, but no – it’s anti-inflammatory. Now we know that itaconate compounds can help with autoimmune diseases, specifically in psoriasis and potentially in multiple sclerosis. This small molecule is turning out to be really powerful.”