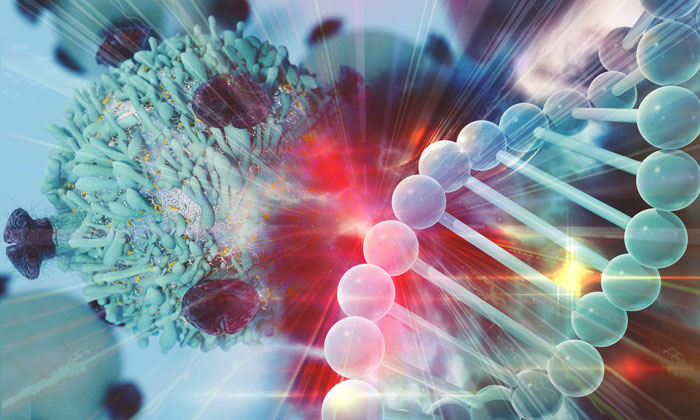 Scientists at Penn Medicine  believe that the answer is tied to how primed patients’ immune systems are before the therapy is administered. While 80% of patients with advanced ALL treated with the CAR T cell therapy now known as Kymriah have a dramatic response, only 26% of CLL patients respond to it in clinical trials.

A new study from the Abramson Cancer Center of the University of Pennsylvania shows that CLL patients possessing a subset of vital, healthier T cells prior to CAR T cell therapy had a partial or complete clinical response to the treatment, while those lacking sufficient numbers of the T cells did not respond. These healthier ‘early memory’ T cells were marked by the expression of CD8 and CD27, as well as the absence of CD45RO. The findings show the potential to improve responses by enhancing a patient’s immune cells with emerging cell manufacturing techniques prior to undergoing CAR T cell therapy.

Furthermore, the team – led by J Joseph Melenhorst, PhD and Joseph A Fraietta, PhD, both faculty in the department of Pathology and Laboratory Medicine in Penn’s Perelman School of Medicine and of Penn’s Center for Cellular Immunotherapies, and including a multidisciplinary team from Penn and Novartis – also validated this signature in a separate, small group of patients. They predicted with 100% accuracy who would experience complete remission.

Commenting on the reliability of their forecasting, first author Fraietta said: “With a very robust biomarker like this, we can take a blood sample, measure the frequency of this T cell population, and decide with a degree of confidence whether we can apply this therapy and know the patient would have a response.”

These new findings point to a new T cell biomarker as a much-needed patient-selection tool, but they also present an opportunity to potentially improve the immunological health of a patient with emerging cell manufacturing techniques before CAR T cell therapy, as well as inform the design of a more effective CAR T cell.

In this new study, the researchers retrospectively studied 41 patients with advanced, heavily pre-treated and high-risk CLL who received at least one dose of CD19-directed CAR T cells. Consistent with the team’s previously reported findings, they were not able to identify patient or disease-specific factors that predict who responds best to the therapy – including age, tumour burden, or prior therapies.

In several experiments, the team compared the gene expression profiles and phenotypes of T cells in patients who had complete, partial, or no response to the therapy. The analyses showed that the CAR T cells that persisted and expanded in complete responders were enriched in genes that regulate early memory and effector T cells and possess the IL-6/STAT3 signature, while non-responders expressed genes involved in late T cell differentiation, glycolysis, exhaustion, and apoptosis. These characteristics make for a weaker set of T cells to persist, expand, and fight the cancer.

“Pre-existing T cell qualities have previously been associated with poor clinical response to cancer therapy, as well as differentiation in the T cells,” Fraietta said. “What is special about what we have done here is finding that critical cell subset and signature.”

Elevated levels of the IL-6/STAT3 signalling pathway – shown to enable T cell persistence in past studies – in these early T cells, correlated with the clinical responses in patients from the CAR T cell therapy, according to the authors.

To validate the biomarker findings, the researchers screened for the early memory T cells in a group of eight CLL patients, before and after CAR T cell therapy. They identified the complete responders with 100% specificity and sensitivity.

Why some patients’ T cells are suboptimal prior to treatment compared to others remains unclear, but it may be influenced by prior therapies, said the authors. The findings also underscore the potential utility of increasing the therapeutic efficacy of T cells for CAR T cell therapy by selecting the subpopulation of T cells responsible for driving responses for cell manufacturing. However, it won’t happen without overcoming some challenges first, the authors said.

“What we’ve seen in these non-responders is that the frequency of these T cells is low, so it would be very hard to infuse them as starting populations,” Melenhorst said. “But one way to potentially boost their efficacy is by adding checkpoint inhibitors with the therapy to block the negative regulation prior to CAR T cell therapy, which a past, separate study has shown can help elicit responses in these patients.”

Also unknown is the dosage of this T cell subset that would be required to turn non-responders into responders, Melenhorst added. Future clinical studies with a larger group of CLL patients should be conducted to help answer these questions and validate the findings from the study.

“It will also be important to test if this biomarker approach to CAR T cell therapy can be extended to other cancer types, particularly solid tumours,” Melenhorst said.

In 2012, Penn and Novartis entered into a global collaboration to further research, develop and commercialise Kymriah, formerly known as CTL019, and other CAR-T cell therapies for the treatment of cancers. The therapy modifies patients’ own immune T cells, which are collected and reprogrammed to seek and destroy the patients’ leukaemia cells. After being infused back into patients’ bodies, these newly built cells both multiply and attack, targeting cells that express a protein called CD19.

In August 2017, the U.S. Food and Drug Administration approved the Penn-developed therapy for the treatment of patients up to 25 years of age with B-cell precursor ALL that is refractory or relapsed.

This study was published in Nature Medicine.