Researchers in the United States find that the location of the body’s immune cells correlates precisely with their function related to heart disease. 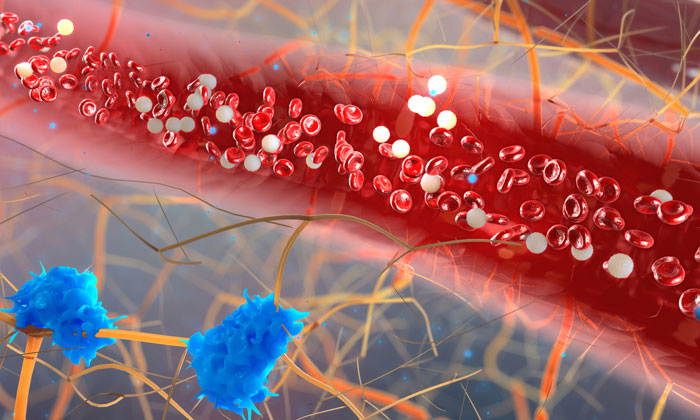 New research led by investigators at Case Western Reserve University School of Medicine and University Hospitals Cleveland Medical Center suggests that the location of immune cells in the body determines whether they help or harm the development of heart disease. The study supports the view that the immune system directly impacts heart failure – still the leading cause of death for men and women in the United States.

Scientists showed that immune cells located within the heart activate quickly after injury occurs to protect the heart from damage. However, at later stages of injury, immune cells circulating in the blood enter the heart and worsen disease. Blocking migration of these late stage blood-borne immune cells to the heart was shown to improve symptoms in mouse models of heart disease. Despite the cells being of the same type – ie, macrophages that engulf cellular debris – the two populations have different functions.

The discovery led the researchers to investigate ways to preserve the beneficial effects of immune cells found inside the heart. The team injected mouse bloodstreams with flagged immune cells and tracked how the cells migrated to the heart. They then injected the mice with a small inhibitor molecule that prevents the cells from migrating.

“Strikingly, if you block the immune cells in the bloodstream from entering the heart, you can ameliorate heart failure in our animal models,” said senior author Mukesh K. Jain, MD, vice dean for medical sciences at Case Western Reserve University School of Medicine and chief scientific officer at University Hospitals Cleveland Medical Center. Blocking immune cell migration represents a novel therapeutic approach for non-ischemic cardiomyopathy. According to Jain, a patent has already been filed in relation to the discovery.

“These observations demonstrate previously unappreciated temporal and spatial roles for resident and non-resident macrophages in the development of heart failure,” wrote the authors, which included other researchers from Case Western Reserve University, Yale University, and Tongji University of China. The researchers anticipate their findings could lead to new ways to adjust immune cell populations for therapeutic gain during heart disease.

Study was published in the Proceedings of the National Academy of Sciences.