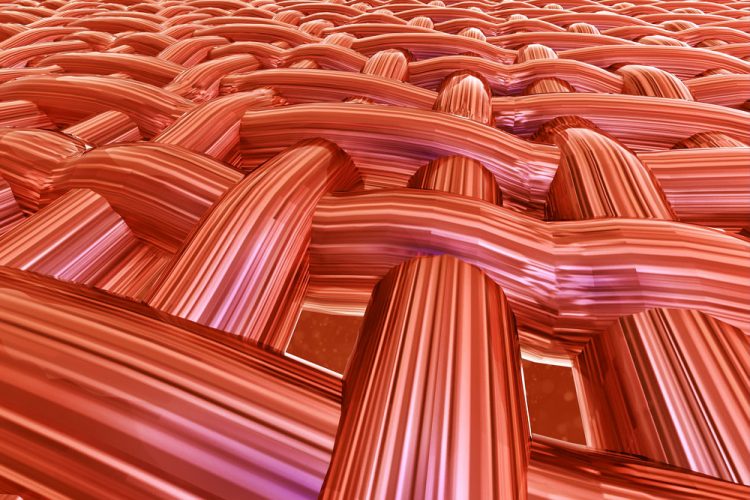 Scientists in the United States have developed a simple and robust approach for directly reprogramming mature skin cells into immature muscle cells. By combining transient expression of a protein called MyoD and treatment with three small molecules, the researchers converted mouse skin cells into induced myogenic progenitor cells (iMPCs). These cells propagated extensively and shared key molecular and functional properties with skeletal muscle stem cells. When transplanted into mice with leg injuries, the iMPCs engrafted in the damaged tissue and contributed to sustained muscle regeneration.

“Our study reports for the first time on the direct conversion of skin cells into expandable, functional muscle progenitors,” says senior study author Konrad Hochedlinger of Massachusetts General Hospital and the Harvard Stem Cell Institute. “The prospect that iMPCs could be in principle derived from human skin cells has potential relevance for the study and treatment of human muscle conditions such as muscular dystrophies.” 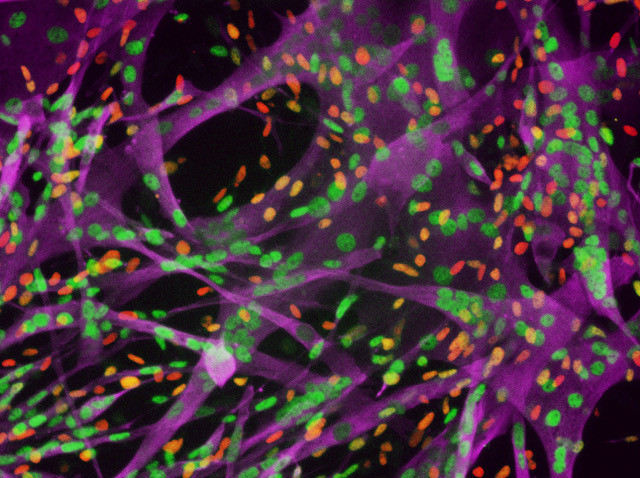 Previously developed protocols for generating muscle cells for disease modelling or tissue engineering have several limitations. For example, it has been notoriously difficult to maintain regeneration-promoting muscle stem and progenitor cells, known as satellite cells and myoblasts, for long periods of time in culture without losing proliferative and engraftment potential. Meanwhile, methods that convert embryonic or induced pluripotent stem cells into mature muscle cells pose the risk of tumour formation after transplantation.

In the past, scientists successfully generated muscle fibres from skin cells through expression of the transcription factor MyoD. But, strategies for directly converting one mature cell type into another have failed to produce enough cells for effective tissue regeneration.

In the new study, Dr Hochedlinger, also a Professor in the Harvard Department of Stem Cell and Regenerative Biology, and his team overcame these limitations using a simple approach. They temporarily increased MyoD expression in mouse skin cells, and then treated these cells with three small molecules (i.e., a GSK3β inhibitor, a TGF-β1 receptor inhibitor, and a cyclic AMP agonist), some of which were previously shown to enhance cellular reprogramming.

“Our ability to recapitulate muscle differentiation in a dish may reduce the need for animal models,” says co-first author Ori Bar-Nur of Massachusetts General Hospital and Harvard University. “Our iMPC cultures share several important characteristics with bona fide muscle stem and progenitor cells, but we do not yet know whether these cell populations are indeed equivalent.”

To this end, the researchers plan to compare in more detail the molecular and functional properties of iMPCs with those of muscle-derived satellite cells. They will also further study the cellular reprogramming process at the molecular level. In addition, the protocol should be refined to generate more homogenous populations of muscle stem and progenitor cells instead of mixtures containing mature muscle cells. Moreover, future research is needed to test whether this approach works with human cells.

If successful, the cellular reprogramming approach could be used to study diseases such as muscular dystrophy–a group of more than 30 inherited diseases that cause muscle weakness and muscle loss. From a clinical standpoint, patient-specific iMPCs could be used for drug discovery or gene therapy, or as a valuable source for tissue engineering purposes.

“Patient-specific iMPCs could be used for personalised medicine by treating patients with their own genetically matched cells,” says co-first author Mattia Gerli of Massachusetts General Hospital and Harvard Medical School. “If disease-causing mutations are known, as is the case in many muscular dystrophies, one could in principle repair the mutation in iMPCs prior to transplantation of the corrected cells back into the patient.”

The work appears in the journal Stem Cell Reports.