Vascular Endothelial Growth Factor C (VEGF-C) could aid the repair and recovery of hearts after a heart attack, by enabling immune cells to clear dead and dying cells… 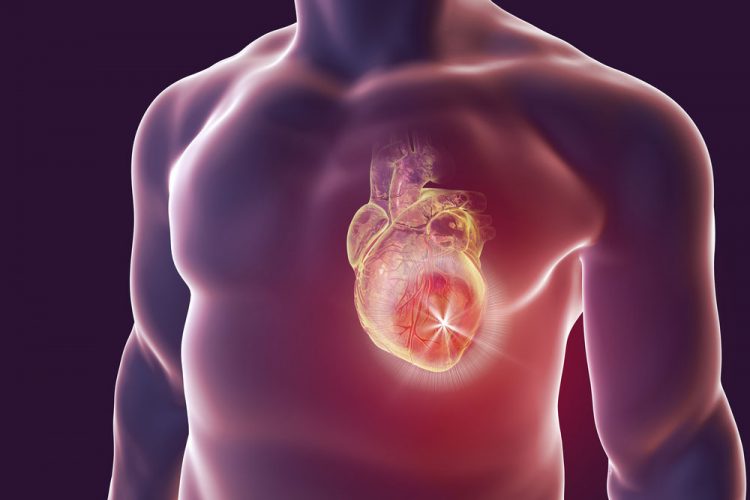 A team of researchers found that injecting VEGF-C (Vascular Endothelial Growth Factor C) after heart attacks in mice significantly reduced the amount of damaged heart muscle, preventing the onset of heart failure. The team from the University of Oxford, funded by the British Heart Foundation, found that the VEGF-C treatment allowed the affected hearts in mice to recover almost all pumping function, whereas untreated mice lost almost half of their hearts’ pumping function after a heart attack.

During a heart attack, the blood supply to the heart is prevented, and so the heart is starved of oxygen. The immune response of the body is to immediately send immune cells to the area to clean the dead/dying cells. These cells often cause additional inflammation, damaging the heart muscle further, possibly leading to heart failure.

The treatment using VEGF-C was shown to promote the growth of a network of vessels within the lymphatic system. The team, led by BHF Professor Paul Riley, have discovered that these extra lymphatic vessels allow immune cells to repair and clear dying cells, and to clear the area before they can cause significant damage from inflammation. This treatment showed better healing in the heart and improved recovery of the pumping function of the heart after a heart attack.

Paul Riley, Professor of Regenerative Medicine, led the research and said, “We started looking at the lymphatic system in the heart a few years ago – we could never have known how pivotal it might turn out to be for heart repair.

“We know that it’s not enough to just get healing immune cells into the heart. We need to boost the routes that remove these immune cells once they’ve done their job so that they don’t start causing more harm and ultimately contribute to the long-term damage that leads to heart failure.”

As the heart was unable to utilise the lymphatic system to clear the immune cells, further scarring developed, resulting in the heart changing shape and having reduced pumping function. The researchers believe that by removing the macrophages, regulatory T cells could enter the heart muscle, aiding repair and recovery.

Prof Riley also said, “This research has allowed us to start a drug discovery programme to develop drugs to promote the growth of lymphatic vessels and quickly clear immune cells. We hope to get a treatment we could give to people after a heart attack within 5-10 years.”

Associate Medical Director at the British Heart Foundation, Professor Jeremy Pearson said, “Someone goes to a hospital with a heart attack every three minutes in the UK. Their hearts will have been starved of oxygen, which is why we urgently need to better understand the damage caused when this happens, and how we can repair it.

“Heart regeneration is the ‘holy grail’ of heart research. By building on their previous work, the team’s new findings bring us one step closer to understanding how to turn this into a reality. Exploiting the lymphatic system opens up new opportunities to find treatments that will limit the damage caused by a heart attack and promote regeneration. It’s only by funding important research such as this that we can hope to one-day end heart failure.”

The team published their findings in the Journal of Clinical Investigation.