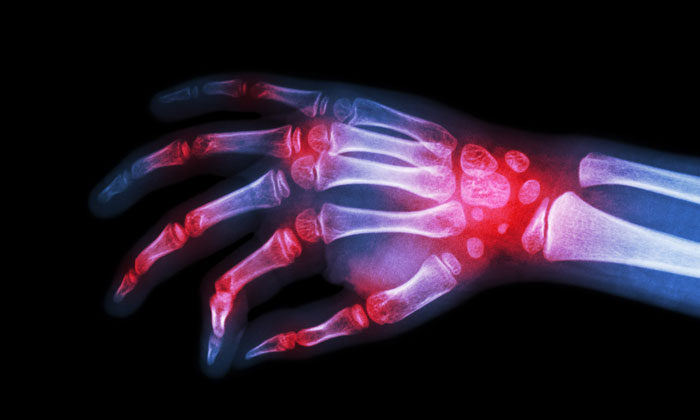 Through a series of experiments–on synovial cells from the inner lining of joints in humans and animals, and in animal models of arthritis–Dr Percio S. Gulko,  Chief of the Division of Rheumatology, Lillian and Henry M. Stratton Professor of Medicine (Rheumatology), and senior author on the paper, and his colleagues were able to show that the gene HIP1 is a driver in inflammatory arthritis severity. This is the first time that HIP1 has been implicated in arthritis severity and in cell invasiveness.

“There have been major advances in the treatment of rheumatoid arthritis in the past 20 years, but disease remission still remains uncommon. Most drugs today target inflammation but often that is not enough to control disease,” says Dr Gulko. “At my laboratory, we have been looking for alternative strategies. In this research, we have focused on understanding the regulation of disease severity and joint damage. Our discovery led us to the synovial fibroblasts, cells inside the joint.”

This region contained 41 genes. They sequenced those genes and discovered a mutation in HIP1, a gene previously unrelated to arthritis or inflammation. The lab was then able to show that the different forms (alleles) of HIP1 affected the behaviour of the synovial fibroblast, the cells that line the tissue in the inner surface of joints, by reducing or augmenting invasiveness of the cells. Synovial fibroblast enables local repair and production of the fluid that lubricates joints and nourishes the joint cartilage. In people with rheumatoid arthritis, the synovial fibroblasts increase in numbers (hyperplasia) and become invasive, and the synovial tissue becomes infiltrated with immune cells, causing joint swelling and pain. This invasive behaviour is known to correlate with joint damage in patients with rheumatoid arthritis.

Previous research had found that increased HIP1 expression in certain cancers and correlated with worse prognosis in prostate cancer patients. Therefore, Dr Gulko’s findings also have potential relevance for cancer biology and the understanding of cancer cell invasion and metastasis.

Dr Gulko’s research provides a framework for a potential new target for therapy and, perhaps, a new predictor of a patient’s prognosis. He and his colleagues plan in the future to investigate the feasibility of a drug that would target the HIP1 gene. “We are aiming for a novel way of treating the disease. One that targets the synovial fibroblast, while sparing the immune system outside the joint,” he says.

The study has been published online in Annals of the Rheumatic Diseases.