Congestive heart failure is a terminal disease that affects nearly 6 million people in the U.S.; yet its management is limited to symptomatic treatments as its causal mechanisms – including its most common form, ischemic cardiomyopathy – are unknown. 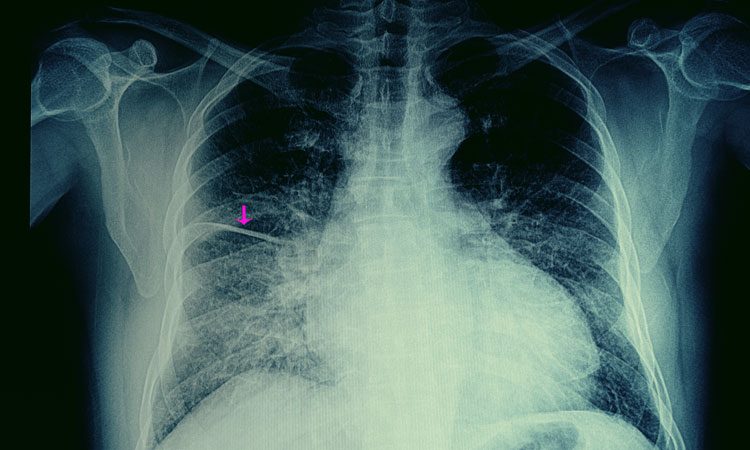 Ischemic cardiomyopathy is the result of restricted blood flow in coronary arteries, as occurs during a heart attack, which starves the heart muscle of oxygen.

The study used heart tissue samples collected at UAB during surgeries to implant small mechanical pumps alongside the hearts of patients with end-stage heart failure that assist in the pumping of blood. As a routine part of this procedure, a small piece of heart tissue is excised and ultimately discarded as medical waste. The current study acquired these samples from the left ventricles of five ischemic cardiomyopathy patients and six non-ischemic cardiomyopathy patients; all men between ages 49 and 70.

The research team, led by Adam Wende, Ph.D., assistant professor in the UAB Department of Pathology, found that epigenetic changes in ischemic cardiomyopathy hearts appear to reprogramme the heart’s metabolism and alter cellular remodelling in the heart. Epigenetics is a field that describes molecular modifications known to alter the activity of genes without changing their DNA sequence.

One well-established epigenetic change is the addition or removal of methyl groups to the cytosine bases of DNA. Generally, hyper-methylation is associated with reduction of gene expression and, conversely, hypo-methylation correlates with increased gene expression.

Wende and colleagues found an epigenetic signature in the heart of patients with ischemic cardiomyopathy that differed from the non-ischemic hearts. Furthermore, this signature was found to reflect a long-known metabolic change in ischemic cardiomyopathy, where the heart’s preference of metabolic fuel switches from using oxygen to produce energy in cells (as healthy hearts do), to an anaerobic metabolism that does not. This anaerobic metabolic preference is seen in foetal hearts; however, after birth, the baby’s heart quickly changes to oxidative metabolism.

Summarising the results of their findings, Wende said: “altogether, we believe that epigenetic changes encode a so-called ‘metabolic plasticity’ in failing hearts, the reversal of which may repair the ischemic and failing heart.”

This contribution by EZH2 offers a new molecular target for further mechanistic studies that may aid precision-based heart disease therapies. Co-author Sooryanarayana Varambally, who has spent over 15 years studying this protein, has already made progress using small-molecular inhibitors to regulate EZH2 to treat various cancers.

The Wende-led study employed a wide array of bioinformatics tools. First author Mark Pepin used publicly available programmes to create a fully automated computational pipeline, which is provided as an online supplement to the paper. This protocol, written in the R programming language, allowed the investigators to both analyse their multi-Omics datasets and compare their findings to those of animal-based studies and public data repositories. “Supplying the coding scripts,” Wende said, “is our way of demonstrating the rigour and reproducibility that should be expected of any bioinformatics study.”

The study was published in Nature – Laboratory Investigation.