Compound with selectivity for cancer cells without p53 identified

The compound has been shown to target cancer cells without the p53 gene, and does not affect healthy cells… 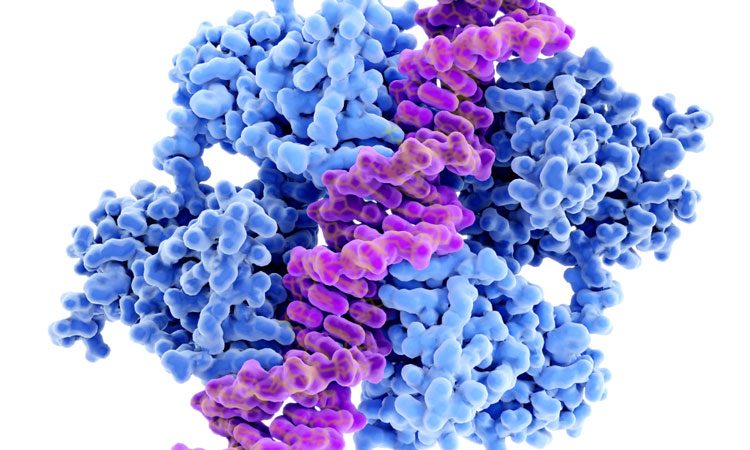 A compound that is attracted to caner cells without the protective p53 gene has been identified by scientists at the University of Huddersfield.

This compound contains ruthenium and whilst it is attracted to the ‘vulnerable’ cancer cells, it leaves healthy cells untouched, with little to no damage. This could mean that the chemical may not produce, or could significantly reduce, side effects usually associated with cancer treatments and chemotherapy.

The chemical was developed and tested at the university, with chemists, biologists and pharmacists from the University’s School of Applied Sciences working together to get the compound, or a derivative, into clinical trials. The researchers suggest that there are significant challenges before this can happen, despite the compound generating ‘exciting results in the laboratory’.

Professor Craig Rice, head of the Department of Chemistry at the University of Huddersfield initially created the compound as an academic exercise and then together with Professor of Cancer Pharmacology, Dr Roger Philips, decided to test the compound, which contains the rare metal ruthenium, for toxicity to cancer.

The scientists mentioned that an important aspect of this compound is its molecular backbone, which has an eliciting twist, and is important for its activity.

Both helical and non-helical versions were created, and this affected the selectivity of the compound, explained Prof Rice. He went on the indicate that the helical version was the most effective.

The scientists discovered that the compound is able to target cells that lack the p53 gene and destroy them. The p53 gene is known as the ‘guardian of the genome’, as its task is to protect ordinary calls from abnormalities and DNA damage, explained Prof Philips.

“It is frequently mutated in cancer and [the] loss of p53 function has significant biological impact including resistance to currently available anticancer drugs,” he added.

The scientists suggest that the fact that the compound has selectivity for cancer cells that lack the p53 gene is exciting, and that its lack of activity against healthy cells suggest less or no side effects and thus promising results in clinical trials.

The study was published in the journal Angewande Chemie.