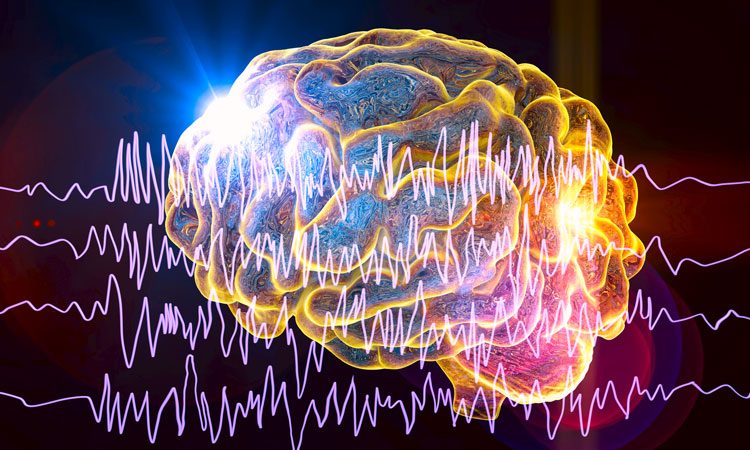 Concentrating on subjects who suffered physical or infectious brain insults, Penn State researchers studied mouse models of cerebral malaria, which often causes epilepsy in those who survive. Results of their study indicate a possible biomarker that signals which patients will proceed to develop epilepsy following such trauma.

Explaining details of the study, Bruce Gluckman, professor of Engineering Science and Mechanics, Neurosurgery and Biomedical Engineering and associate director, Penn State Center for Neural Engineering, said: “We were developing, in a project led by Steven Schiff (Brush Chair professor of Engineering in the departments of Neurosurgery, Engineering Science and Mechanics and Physics, and director of the Center for Neural Engineering), a mouse model for epilepsy induced by cerebral malaria, a disease that causes rapid coma and death in children aged two to five. Typically, with treatment, only about 80% of infected individuals survive. Of our mouse survivors, 75% developed spontaneous seizures.”

Cerebral malaria causes death and brain injuries, including epilepsy, in Africa and East Asia where those strains of malaria are endemic. However, other diseases and physical trauma also cause injuries that eventually lead to epilepsy. Acquired epilepsy does not occur immediately after brain injury; instead, visible symptoms can occur months to years afterwards, according to Gluckman.

“Fatemeh was looking at the data for the signature of a sleep state when she noticed that there were times in the animals’ when they appeared to miss a heartbeat,” said Gluckman. “The beat-to-beat intervals were really long and associated with abnormal brain activity.”

Fatemeh Bahari, graduate student in Engineering Science and Mechanics, brought the coincidence of heart and brain anomalies to Gluckman, noting that these occurred only in mice that later developed seizures.

“First I saw the beat-to-beat interval and it looked like something,” said Bahari. “I took it to Dr Gluckman and he said, ‘prove it.'”

Gluckman suggested that Bahari demonstrate in greater detail the relationship between the anomalous heart and brain readings, and also show that they could predict which mice would develop epilepsy.

Bahari’s initial investigation looked only at very large deviations in heart rhythm and brain waves. Her subsequent study relaxed the restriction of 1.5 times the normal interval of heartbeats and instead used an empirical statistical approach to determine the normal intervals for each individual. She then located any abnormalities, even small ones.

The researchers correlated the more relaxed heart-rate abnormalities to similarly relaxed indications of unusual brain activity, noticing that anomalous brain activity slightly preceded the heart rate anomalies. In the initial experiment – spearheaded by Paddy Ssentongo who is now assistant research professor at the Center for Neural Engineering and Engineering Science and Mechanics – the researchers used electrocardiographs and electroencephalographs to monitor the heart rates and brain waves, respectively.

The researchers had a population of 13 mice that survived cerebral malaria suitable for analysis. Nine of those mice eventually developed seizures, while four did not. Four separate mice never had malaria but received the same antibiotic treatment as the diseased mice and functioned as the control group. None of the control group developed epilepsy. From these 17 animals, the researchers had 788 full recording days of heart and brain measurements.

Using the individualised algorithm for the mice, the researchers were able to determine for each recording day, which mice would develop epilepsy with 100% accuracy, without tuning or otherwise manipulating the data.

“There is currently no biomarker to determine who will develop epilepsy after a brain insult,” said Gluckman. “With this delayed coincidence from brain to heart, we can clearly separate the mice that became epileptic from those that did not, weeks before development of epilepsy.”

He suggests that these finding will likely be applicable in other models of acquired epilepsy. The results allow for tracking the long-term development of epilepsy and could not only identify individuals at risk, but also show when treatment is not working or how well it works.

“We want to repeat this analysis using data from epileptic patients,” said Gluckman.

The researchers have filed a provisional patent on this work and continue with their work on malaria as well.

The results of the study are reported in the Journal of Neuroscience.