Researchers have identified that microglia differ in males and females, with regard to over 1,000 genes and 300 – 400 proteins… 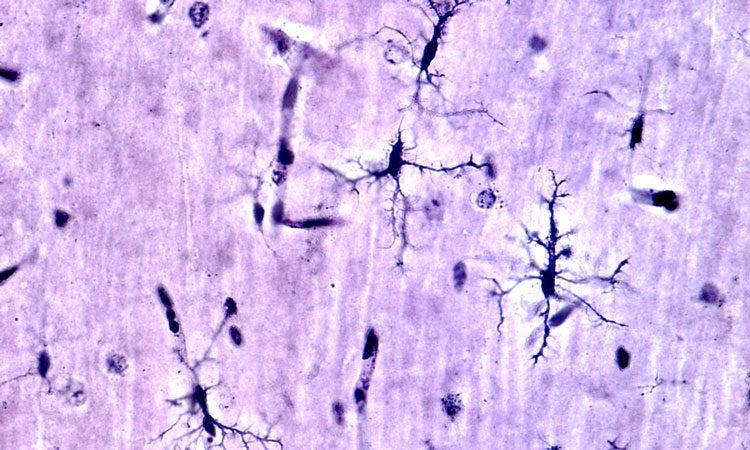 Researchers have reported that microglia differ in male and female mice.

As the immune cells of the central nervous system, microglia ‘watch’ over the brain’s mental health all the time, a little like tiny bodyguards.

If the cells identify invading pathogens or injury they travel to the area of damage and attempt to ‘save’ what they can. The researchers have found that this action varies depending on the sex of the mouse.

“We were really surprised to find so many differences between the microglia of male and female mice,” said Dr Susanne Wolf, senior author of the study and researcher in the Cellular Neurosciences Lab at the Max Delbrück Center for Molecular Medicine (MDC) in Berlin.

Dr Wolf, along with scientists from Universitätsmedizin Berlin and a group of researchers from Warsaw, conducted a study on the structure and function of microglia. They used brain slices and isolated cells from both male and female mice.

“It turns out that the brains of male mice have more microglia,” said Dr Wolf. She also explained how the cell bodies of male immune cells are larger than those found in females.

The team identified over 1,000 genes and 300 – 400 proteins that are regulated differently according to the sex of the mouse. Many of these proteins, such as those involved in the production of defence molecules, were found to be more active in male microglia.

“The microglia of male animals seem to be permanently at attention, ready to strike and keep order,” added Dr Wolf, explaining how the tests showed higher voltage levels in the membranes of male cells.

The researchers also treated microglia with ATP, which is usually released when the brain suffers an injury.

“We discovered that male cells respond much more robustly to ATP than their female counterparts – a response that includes higher ion currents and increased production of certain proteins, among other things,” Dr Wolf said.

“In the female cells, proteins and genes responsible for protecting cells, such as DNA repair genes, are more active,” Dr Wolf added. “In the male cells, on the other hand, we see increased activity of genes involved in initiating programmed cell death.”

Another recent study supports these findings, where male microglia have a ‘thrill-seeking’ nature, one which may not always benefit them.

“The Italian researchers were able to show that the cells of male mice had a harder time dealing with an experimentally induced stroke than the microglia of female mice,” reported Dr Wolf. “But when female microglial cells were implanted in the brains of male mice, the effects of vascular obstruction were less severe in these rodents.”

Previous reports have criticised researchers for only using male animals during in vivo tests, arguing that results could be distorted. This study shows sex-specific differences, which can also be seen in the frequency of other neurological disorders. Autism, for example, is approximately four times more prevalent in boys than girls.

“The differences are there, but are not yet sufficiently taken into account when treating patients,” said Dr Wolf.

The researchers hope that their study will help to change this.