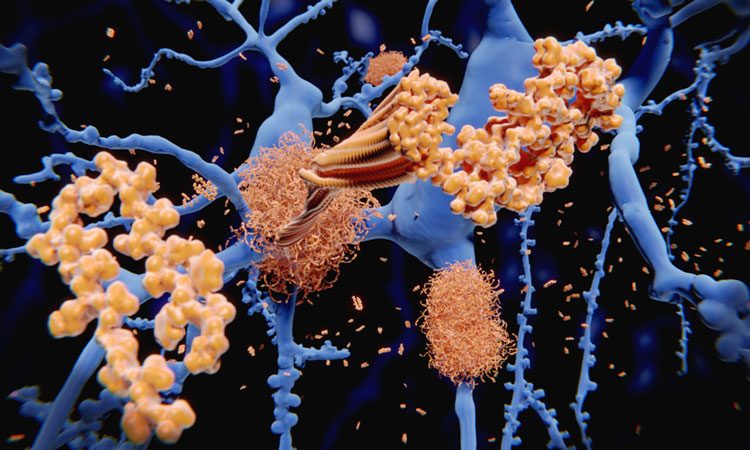 Researchers from multiple institutions and led by those at Massachusetts General Hospital and Johns Hopkins School of Medicine found how tau proteins that accumulate in the neurofibrillary tangles in Alzheimer’s disease disrupt the ordinary function of the brain cells.

The team described how tau interferes with communication between the nucleus of the neurons and the rest of the cell body.

“Communication between the nucleus and the rest of the cell is usually a tightly regulated process,” said one of the senior authors of the study, Dr Bradley Hyman, who is also the director of the MGH-based Massachusetts Alzheimer’s Disease Research Centre.

“Our work shows a new way tau might cause brain cells to become impaired. In other systems, disruption of this communication causes cell misfunction and even cell death, so we think this might contribute to neuronal dysfunction and death in Alzheimer’s disease as well.”

The team worked on experiments in neurons from patients with Alzheimer’s disease, and used cellular models of tau-based neuropathology. They found that the Alzheimer’s-associated tau interacts with a nucleoporin called Nup98.

The interaction of tau and Nup98 led to Nup98 being mislocated to the cytoplasm, where it promoted the aggregation of tau into neurofibrillary tangles

They also found that the nuclei of neurons from Alzheimer’s patients took up large test molecules, indicating that the nuclear pore complexes had become leaky. The structures were also reduced in number and unevenly distributed throughout the nuclear membrane.

The level of Ran enzymes depleted from the animals’ neuronal nuclei, and changes in shape and structure were identified by the team. By suppressing the expression of the abnormal tau gene, the researchers restored nuclear levels of Ran and levels of Nup98 in the nuclear membrane.

By decreasing levels of Nup98 in neurons from the mice, the team restored an appropriate Ran ratio between the nucleus and cytoplasm, showing that tau was the cause of the Ran abnormalities.

“One of the exciting things about these findings is that, if we can block the interaction between tau and the nuclear pore, it might allow existing neurons to become more functional in patients; so one of our next steps will be determining whether or not that is possible” says Dr Hyman. “The collaboration between groups from across the country – including Johns Hopkins, the Mayo Clinic and the Salk Institute – with each group adding its special expertise, made this work possible.”

The study was published in the journal Neuron.