Researchers in California have developed a method to facilitate control of nuclear pore numbers in cells. The capability is expected to glean valuable information to aid cancer treatment. 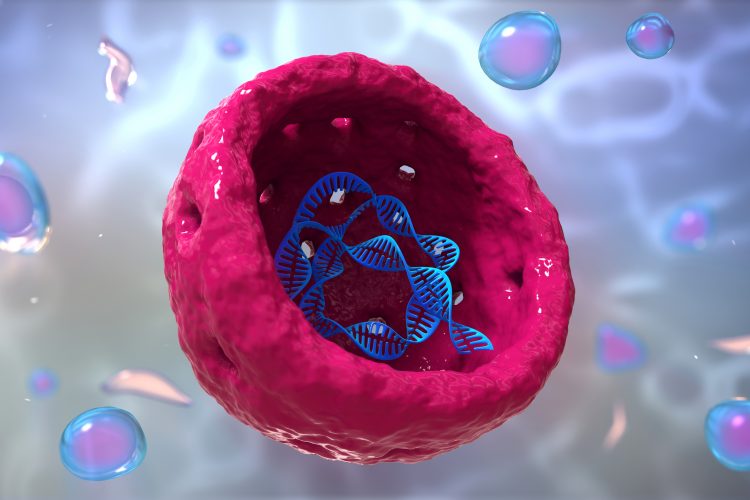 Scientists at the Salk Institute report that they have devised a way to manipulate numbers of individual nuclear pores – a breakthrough that they hope may one day stop cancerous cells from proliferating out of control.

Nuclear pores are essential features of all cells that provide a controlled way to move cellular material in and out of a nucleus. In organisms ranging from fungi to mammals, individual cells possess these transport channels that mediate a thousand events per second. Individual nuclear pores are fashioned from multiple copies of 30 proteins known as nucleoporins. Hetzer and colleagues looked at the nucleoporin Tpr, which has been implicated in certain cancers.

“Typically, when you ‘knock down’ or remove some of the proteins that make up the nuclear pore complex, the total number of nuclear pores goes down,” says Asako McCloskey, first author of the paper and a Salk research associate.

“Our surprising finding was that when we get rid of the nucleoporin Tpr, nuclear pore numbers went up dramatically.”

“This is the first time that modifying a component within the transport channel has been shown to increase the number of nuclear pores,” adds Hetzer. This indicates that Tpr plays a role not in transport itself, but in regulating the assembly of nuclear pores. The knowledge could be crucial for future attempts to manipulate numbers of nuclear pores to treat disease. For example, cells with higher metabolic activity – such as stimulated thyroid follicular cells or aggressive tumors – have more nuclear pores per nucleus.

Other research has shown that preventing cancer-related ‘cargo’ proteins from being transported through the nuclear pores can lead to dramatic effects in cancer treatment. Targeting nuclear pores could also negate aggressive cancers’ resistance to multiple drugs, as higher numbers of nuclear pores in tumour cells allow them to export chemotherapy out of the nuclei.

Next, the lab will use the new technique to pinpoint the effects of tweaking nuclear pore numbers in a variety of cell types.

This research was reported in the journal Genes & Development.