Naturally occurring protein found to be powerful regulator of metabolism

The protein FGFBP3 could be used in the future to reverse disorders associated with metabolic syndrome, such as type 2 diabetes and fatty liver disease… 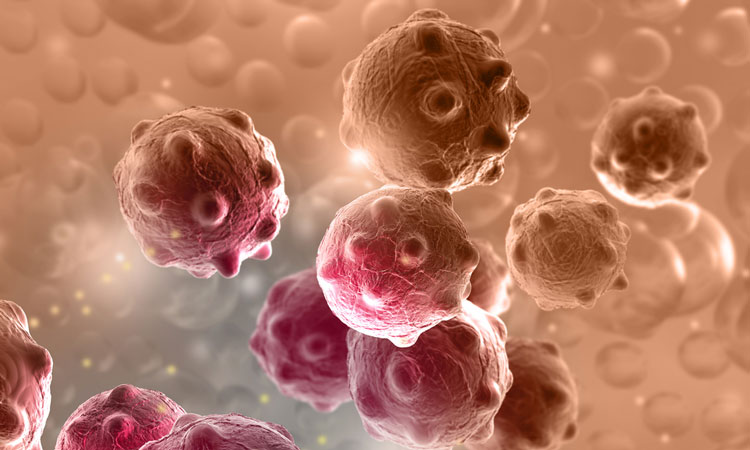 To the great surprise of cancer researchers, a protein they investigated for its possible role in cancer turned out to be a powerful regulator of metabolism. The Georgetown University-led study found that forced expression of this protein in a laboratory strain of obese mice showed a remarkable reduction of their fat mass despite a genetic predisposition to eat all the time.

The study suggests that the protein FGFBP3 (BP3 for short) might offer novel therapy to reverse disorders associated with metabolic syndrome, such as type 2 diabetes and fatty liver disease.

Because BP3 is a natural protein and not an artificial drug, clinical trials of recombinant human BP3 could begin after a final round of preclinical studies, investigators said.

“We found that eight BP3 treatments over 18 days was enough to reduce the fat in obese mice by over a third,” said the study’s senior investigator, Dr Anton Wellstein, Professor of Oncology and Pharmacology at Georgetown Lombardi Comprehensive Cancer Centre.

The treatments also reduced a number of obesity-related disorders in the mice, such as hyperglycemia – excess blood sugar that is often linked to diabetes – and eliminated the fat in their once fatty livers. Clinical as well as microscopic examination of the mice showed no side effects, researchers mentioned.

Obesity, which affects more than 650 million people worldwide, is the major driver for metabolic syndromes, which includes disorders such as insulin resistance, glucose intolerance, hypertension and elevated lipids in the blood.

BP3 belongs to the family of fibroblast growth factor (FGF) binding proteins (BP). FGFs are found in organisms ranging from worms to humans and are involved in a wide range of biological processes, such as regulating cell growth, wound healing and response to injury. Some FGFs act like hormones.

BP1, 2, and 3 are “chaperone” proteins that latch on to FGF proteins and enhance their activities in the body. Prof Wellstein has long researched the BP1 gene because its production is elevated in a range of cancers, suggesting that growth of some cancers is linked to the excess delivery of FGFs. Only recently has Prof Wellstein turned his attention, and that of his lab and colleagues, to BP3 to understand its role.

The researchers found that this chaperone binds to three FGF proteins (19, 21, and 23) that are involved in the control of metabolism. FGF19 and FGF 21 signaling regulates the storage and use of carbohydrates (sugars) and lipids (fats). FGF23 controls phosphate metabolism.

“We found that BP3 exerts a striking contribution to metabolic control,” Prof Wellstein said. “When you have more BP3 chaperone available, FGF19 and FGF21 effect is increased through the increase of their signaling. That makes BP3 a strong driver of carbohydrate and lipid metabolism. It’s like having a lot more taxis available in New York City to pick up all the people who need a ride.”

“With metabolism revved up, sugar in the blood, and fat processed in the liver are used for energy and is not stored,” Prof Wellstein said. “And warehouses of fat are tapped as well. For example, the job of FGF21 is to control break down of fat, whether it is stored or just eaten.”

While the study results are exciting, additional research is required before BP3 protein can be investigated as a human therapy for metabolic syndromes, he said.