Water as a biomarker against cancer?

The Tn antigen appears in around 90 percent of cancers, and its structure is greatly affected by the addition of water molecules… 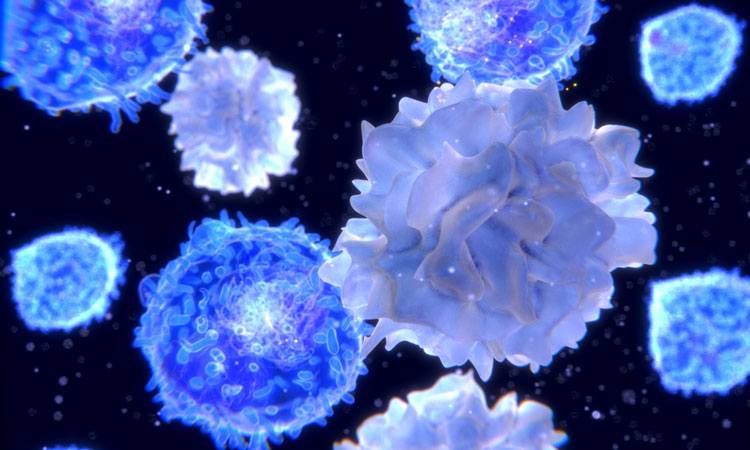 The team of researchers found that the Tn antigen appears in around 90 percent of cancers, and is also associated with metastasis.

Dr Emilio José Cocinero, member of the UPV/EHU’s Department of Physical Chemistry and the Biofísika Institute said that, “they are very promising biomarkers for identifying cancer cells and have become very attractive targets in therapies to fight cancer.”

Dr Cocinero mentioned that the two antigens studied appear to act ‘very differently’ in water, despite there being only a difference of a threonine or serine.

“By using an approach that is both experimental and computational, we have shown that the Tn antigen bonded with threonine adopts a rigid shape in solution thanks to a water molecule that helps to stabilise the structure. By contrast, the Tn antigen bonded with serine lacks the structural component and is flexible in solution,” explained Dr Cocinero.

“These differences are not observed in the gas phase studies and both molecules behave in exactly the same way, which has made it possible to unequivocally discover, for the first time, the role of water in the three-dimensional structure of these molecules.”

The team added water molecules one by one to see how the antigens reacted, and identified that the addition of one water molecule was enough to change the structure of both antigens.

“It is likely that the various shapes of the Tn antigen give rise to different interactions with cell receptors and antibodies, and the compression of these structures could facilitate the design of more effective detection tools and anticancer drugs. This work is in fact part of a long-term project that aims to try to produce potential vaccines against cancer.”

“The major problem with this molecule, the Tn antigen, is that it is naturally present in the body, which means that the body’s immune response is very low because our body does not perceive it as a foreign body,” Dr Cocinero stressed.

“The ideal scenario in the future would involve the potential creation of synthetic molecules that are not present in the body and which would have the same structure as the Tn antigen; the body would thus perceive them as foreign bodies, and therefore unleash a greater immune response against cancer cells.”

The study was published in the Journal of the American Chemical Society (JACS).