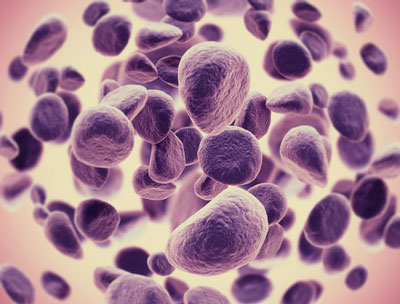 A highly targeted therapeutic candidate, BLU-554 induced complete tumour regression in a subset of mice harbouring genomic amplification of an FGFR4-activating ligand at the highest dose levels. These data will be presented at the 50th International Liver Congress™ (ILC) 2015.

“Patients with advanced HCC face a grim prognosis, and there is a desperate need for effective new treatments,” said Josep M. Llovet, MD, Director of the Mount Sinai Liver Cancer Program and Professor of Medicine at Mount Sinai School of Medicine at New York University and Professor of Research-ICREA in the BCLC Group, Liver Unit, IDIBAPS-Hospital Clínic of Barcelona. “The genomic profiling of liver cancer has lagged behind that of other tumour types, but we are now gaining new insights that are paving the way for highly targeted therapies like BLU-554 for defined subsets of patients based on the molecular blueprint of their cancers.”

BLU-554 showed significant anti-tumour efficacy and was well-tolerated in two in vivo models of HCC driven by aberrant FGFR4 signalling, one with genomic amplification of FGFR4-activating ligand FGF19 and another with FGF19 overexpression in the absence of amplification. In the preclinical data being presented at ILC, BLU-554 demonstrated:

Abnormal activation of FGFR4 signalling is a key driver in up to 30% of HCC patients. The overexpression of the FGF19 ligand triggers aberrant FGFR4 signalling, leading to cell proliferation and tumour growth. FGF19 overexpression can be caused by genomic amplification of the FGF19 gene but also occurs in the absence of genomic amplification via other molecular mechanisms.

“By precisely and potently inhibiting a key driver of disease, BLU-554 has the potential to change the treatment paradigm for a significant portion of HCC patients,” said Anthony Boral, MD, PhD, Senior Vice President of Clinical Development, Blueprint Medicines. “We are very encouraged by these data and are committed to developing this highly targeted therapy as rapidly as possible by selecting patients whose disease is driven by abnormal FGFR4 signalling and are most likely to respond to BLU-554. The selectivity of BLU-554 may also allow for combination therapy strategies to effectively treat even broader populations of HCC patients.”

The Company is on track to file an Investigational New Drug (IND) Application and begin a Phase 1 clinical trial of BLU-554 in mid-2015 in HCC patients.