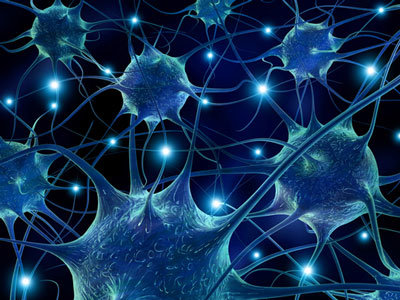 Taking a new approach, scientists from the Florida campus of The Scripps Research Institute (TSRI) have uncovered some surprising details of a group of compounds that have shown significant potential in stimulating the growth of brain cells and memory restoration in animal models that mimic Alzheimer’s disease.

This new study builds on previous findings from Miller and Rumbaugh demonstrating the memory-rescuing potential of inhibiting histone deacetylases (HDACs), a family of signalling enzymes that act like molecular switches, silencing gene expression by controlling access to the cell’s nuclear cache of tightly compacted DNA. Mutations in HDACs genes have been associated with health problems including cancer, inflammatory and autoimmune diseases, metabolic disorders and loss of memory function.

Miller and Rumbaugh note that current efforts by many research teams focus on developing “isoform-selective” HDAC inhibitors—for example, select members of Class 1 HDACs such as HDAC 1, -2 or -3—in order to limit the potential for unwanted side effects. However, the Scripps Florida researchers wondered if some of the potential of memory rescue could be lost with this increased selectivity.

To investigate the Scripps Florida team used inhibitors initially developed by Professor Joel Gottesfeld, a molecular biologist on TSRI’s La Jolla campus, and subsequently by biotech firm Repligen Corporation, to attack more than one form of Class 1 HDAC at the same time in a mouse model of Alzheimer’s disease.

Key to memory restoration was the growth of synapses, requiring simultaneous inhibition of multiple HDACs

“We wanted to find out which inhibitors were the most selective and the most effective in restoring memory function,” Miller said. “We found the key to memory restoration was the growth of new synapses (synaptogenesis), which required simultaneous inhibition of multiple HDACs.”

“We found evidence that better synapse growth was associated with less specific inhibition of Class 1 HDACs,” Rumbaugh added. “There was a clear correlation between synapse building— which may lead to improved network power—and memory restoration by the different HDAC inhibitors.”

Interestingly, memory was not enhanced in normal animals by chronic pre-treatment with multiple HDAC inhibitors, suggesting a diseased brain responds to these compounds differently than a healthy brain.

The research is published in an article entitled ‘Pharmacological Selectivity within Class I Histone Deacetylases Predicts Effects On Synaptic Function and Memory Rescue’ in Neuropsychopharmacology.